Watch: Peter Drury on Lionel Messi’s World Cup glory will give you chills 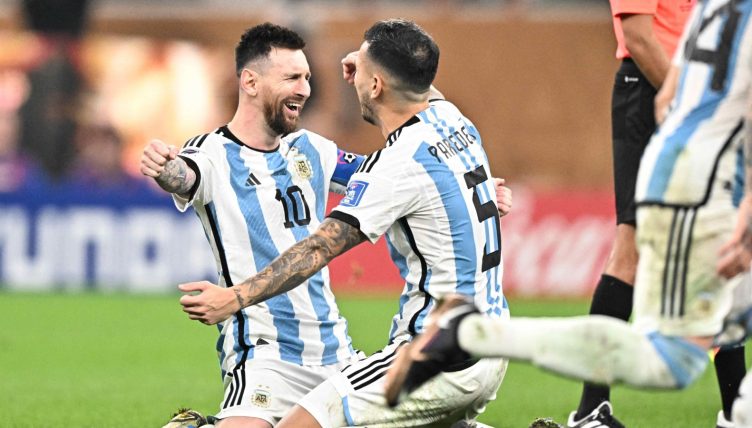 Lionel Messi’s last dance at the 2022 World Cup in Qatar has been the stuff of sporting legend – and we’re blessed to have seen it narrated by Peter Drury.

Drury has a reputation as one of the most poetic and articulate commentators in football, so it was only right that he got the chance to commentate on Messi’s finest hour – the legendary Argentinian scored twice, and again in the penalty shootout, as Argentina beat France in one of the most dramatic and breathless games in football history.

The 3-3 draw at the Lusail Stadium in Qatar will forever be remembered as a classic World Cup final for the ages. Drury was at his brilliant best when commentating on one of the finest footballers of all time.

“Lionel Messi a man, who has more than any other decorated our beautiful game…to receive from that game now, its most beautiful decoration. Messi’s meant to be moment. His fulfilment. His completion. It is done.”

The English commentator had provided many a spine-tingling line of commentary throughout the tournament, and summed things up beautifully after Argentina booked their place in the final with a brilliant 3-0 victory over Luka Modric’s Croatia.

“Argentina will play the World Cup final. At his own brilliant behest, Messi will play in the ultimate game. Lionel Messi has a shot at his crowning moment, as Luka Modric says farewell,” he said, acting as the perfect hype man for the biggest showpiece event in football.

“Argentina, into the World Cup final for the sixth time. In a bittersweet moment of personalities, one great will get to glitter on the most shimmering stage of all, whilst the other must sidle away, head bowed. But it is about more than just two men, great though they are.”

Messi, meanwhile, will not be bowing out just yet. Many had speculated that the World Cup final would be his final appearance for Argentina, but he won’t be hanging up his boots just yet.

“It’s simply unbelievable. I knew that God was going to give me the cup, I was sure — it was a big joy for us,” Messi told reporters after the final whistle.

“I had this big dream for a long time, I wanted to close my career with World Cup. I can’t ask for more than this

“What will happen after this? I was able to win the Copa America and the World Cup. But on the other hand, I love soccer, I enjoy being in the national team and I want to experience a few more games as a world champion.”

Peter Drury, a wizard with words as ever.