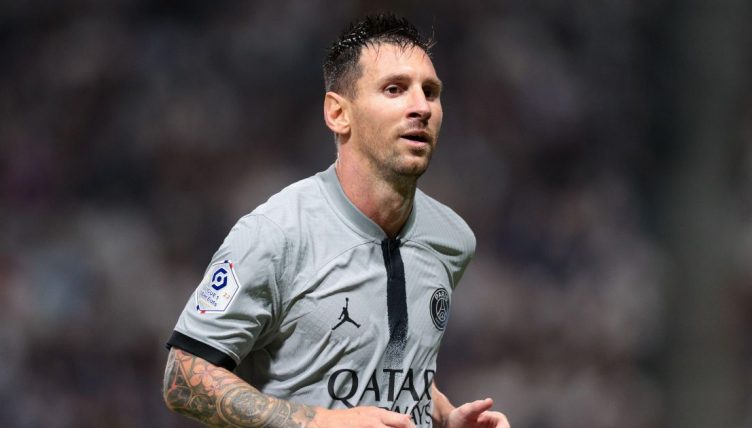 Lionel Messi can do things with a football that no other human being can even conceive of – and he proved it once again with a mind-bending assist for Neymar in Paris Saint-Germain‘s 5-0 win over Clermont on Saturday.

Messi arrived at PSG from Barcelona last summer, but his first season at the club did not go entirely to plan.

PSG regained their Ligue 1 crown, but they were knocked out of the Champions League in the last 16 by Real Madrid and Messi did not produce the outrageous numbers of goals and assists we came to expect of him at Barca.

But things did improve for Messi in the second half of last season, as he notched 10 assists after the New Year.

Messi also excelled for Argentina in June’s international break, scoring five against Estonia and putting in a virtuoso display to win the Finalissima against Italy at Wembley.

In May, he told TyC Sports that the 2022-23 campaign would see his PSG form improve, explaining: “I’m already prepared for what’s to come.

“I know the club, I know the city, I’m a little more comfortable with the dressing room, with my team-mates and I know it’s going to be different.”

In the very first game of the campaign – against Clermont away from home – Messi was true to his word.

He got two goals and an assist in a man-of-the-match display, with his second strike – a truly ridiculous overhead kick – stealing the headlines.

But perhaps the most illogical Messi moment of the match came in the form of his assist for Neymar’s first goal after eight minutes.

Pablo Sarabia crossed from the left and Messi stuck out a left boot. Somehow, the 35-year-old caressed the ball in a way that generated an incredible spin and loop that saw it drop perfectly at Neymar’s feet.

The Brazilian did the rest, taking one touch before sticking it in the back of the net.

We’ve now watched it about 300 times and we still can’t quite how Messi realised Neymar was there and then had the presence of mind to make such perfect contact with the ball.

“He sees very quickly where he has to be, the way he has to position himself to play. He’s in a zone he likes. He likes playing with players around him. When Leo smiles, the team smiles too.”