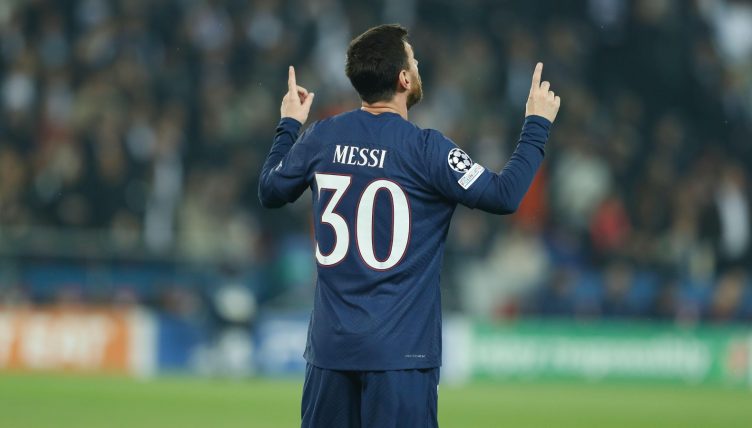 Lionel Messi was sensational during PSG’s 7-2 victory over Maccabi Haifa in Tuesday’s Champions League match and we’ve spoilt you by digging out Messi’s highlights from his latest masterclass.

The Argentina international needed just 19 minutes to put the French champions ahead and Mbappe made it 2-0 with 32 minutes gone before the third member of the PSG superstar triumvirate, Neymar, struck to make it 3-0.

Abdoulaye Seck pulled one back but Messi’s second sent the home side in at the break 4-1 ahead. Mbappe’s second and Sean Goldberg’s own goal made it 6-2 with 23 minutes remaining, and it was left to substitute Carlos Soler to complete the rout as time ran down.

And, with a performance as brilliant as this, it’s no wonder that PSG are desperate to tie Messi to a longer contract.

According to Le Parisien, PSG’s sporting advisor Luis Campos is eager to keep hold of Messi as the club are said to be ‘delighted with his extraordinary professionalism’.

But one report states that the financial aspect of Messi’s potential extension is problematic for PSG. After recording €350million (£305m) in losses last season, the Ligue 1 giants are worried about forking out another €41m (£35m) on Messi’s salary.

Nevertheless, it is believed PSG will offer Messi a one-year extension in due course although, as it stands, no official deal has yet been tabled. It is likely that the 35-year-old forward will also receive interest from other clubs across the globe.

However, Messi has said he will wait until after the 2022 World Cup in Qatar to make a decision over his future, with Argentina one of the favourites to win the competition next month.

PSG’s 7-2 victory ensured their progression into the Champions League knockout rounds and, with Messi in this kind of form, no side will surely relish the prospect of trying to keep him at bay when the competition resumes next year.