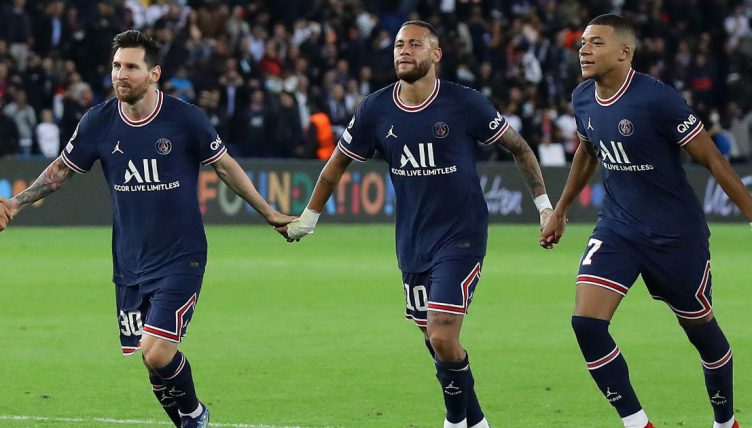 Lionel Messi is finding his form at Paris Saint-Germain and delivered a spectacular performance in their 6-1 away win at Clermont Foot, notching up three assists as fellow superstars Neymar and Kylian Mbappe scoring a hattrick each.

Messi originally came in for some criticism in the first few months after his shock arrival from Barcelona, but now has eight goals and 14 assists in 28 appearances in all competitions.

His first assist against Clermont Foot put the visitors 1-0 up with just five minutes on the clock as his through ball found Neymar in the box, who smashed the ball into the bottom corner.

Kylian Mbappe then made it 2-0 15 minutes later after a sensational move. Neymar sent the ball to Messi, who controlled with his chest and played a perfect dinked pass through to the France international, who finished with ease.

Messi then assisted Mbappe’s hat-trick goal, taking the ball forward after Neymar’s flick before sending the ball to Mbappe on the edge of the box, who made it 5-1 with a stunning finish.

This trio of skilful stars was a highly anticipated one when Messi moved to Paris and is finally delivering on the hype, but arguably too late, as PSG failed to progress beyond the Round of 16 in the Champions League.

“The connection on the field with Messi and Neymar, it’s a shame it’s only happening now,” Mbappe told Canal Plus France after the win.

The 23-year-old has been heavily linked with a move away from PSG when his contract expires at the end of the season, despite the front three finally clicking.

“I have already answered the question about whether or not Neymar or Messi can influence my decision,” Mbappe added.

“They have been here since July. I have already seen them many times. I’ve already answered that.”

Nevertheless, all three were in dazzling form against Clermont Foot and Messi looked back to his glorious best.

The Clermont players are furious as they believe it should have been a foul in the build up, but the goal stands! pic.twitter.com/WLLRTh27WI

And there's the Mbappe hat trick 🎩

Look how happy he is in the celebrations! pic.twitter.com/k1Ma34XvYl

Where are they now? Argentina’s XI from Lionel Messi’s nightmare debut