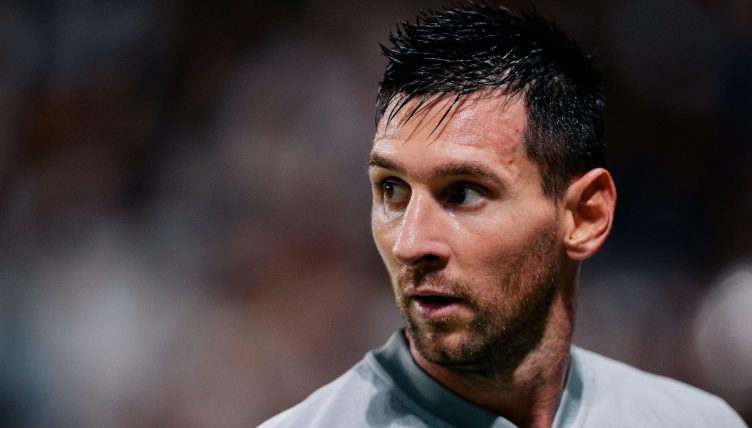 Lionel Messi produced a statement-making performance as PSG kicked off their 2022-23 campaign with a stunning 4-0 victory against Nantes in the Trophee Des Champions.

The French equivalent of the curtain-raising Community Shield was played out at the Bloomfield Stadium in Tel Aviv, Israel. Messi and his team-mates treated the spectators to quite the exhibition.

Kylian Mbappe was suspended after an accumulation of bookings for the Parisiens last season, but the likes of Messi, Neymar and Sergio Ramos put on a show for the 30,000 supporters.

Ramos scored his 107th career goal with a brilliant Alessio Russo impression, backheeling it into the back of the net, while Neymar scored a brace, but perhaps most striking of all was Messi’s 21st-minute opener in which he rolled back the years.

His turn of pace, agility and effortless made fools of those that have suggested he’s past it – he almost looked 21 again. The Argentina international showed alertness to get onto the end of a deflected through ball before taking a couple of perfectly-weighted touches to round the goalkeeper and fire home.

The forward only scored 11 goals last season – his worst return since 2005-06 – but he looked incredibly sharp in Argentina’s summer outings and has kicked off the new campaign in much the same manner.

Meanwhile, Barcelona president Joan Laporta has revealed his plans to get Messi back to the Camp Nou in a year’s time.

“I did what I had to do in order to put the institution above the best player in our history,” Laporta told CBS Sports last week.

“I have known Messi since he was a kid and I love Leo. I feel in moral debt to Messi. He’s the best player in our history and I will do my best in order to ensure he can have the best ending of his career with a Barca shirt on.

“I would like to bring him back. It will not be easy but I think with the correct strategy we could do it. I think Messi has been the most important player in our history. During a long period of success he was the leader. He was the one who excited our supporters. We will do our best to have Messi ending his career at Barcelona and being applauded by everyone.

“The end of Leo at Barcelona was not the best. It was a difficult time. We had to take a decision and put the club above the best player in our history. But I think we have to work now to have Messi end his career back wearing the shirt of Barcelona being applauded on every field that he plays. We will do our best to give him the ending he deserves.”

PSG strike first in the Trophée des Champions after a moment of magic from their No. 30 😉 pic.twitter.com/8uQOhvhnUr