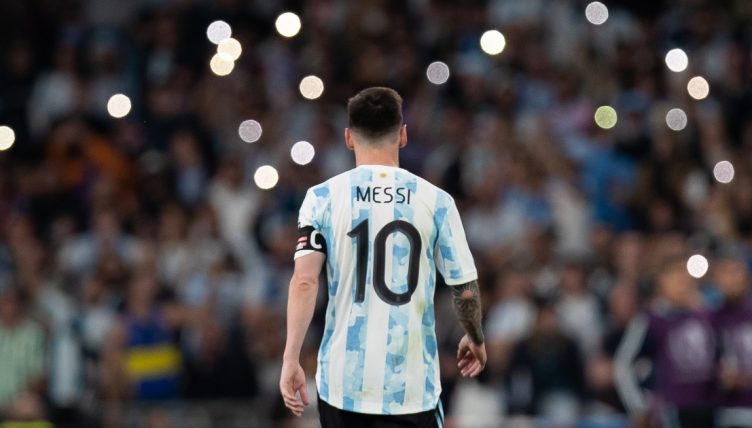 Video footage has emerged of Lionel Messi’s spine-tingling team talk to his Argentina team-mates ahead of the Copa America final last summer.

Captained by Messi, Argentina ended their long wait for international silverware – a first since Gabriel Batitusta scored twice for the Albiceleste in the 1993 Copa America final – by beating Brazil 1-0 at the Maracana in Rio Di Janeiro.

The icon didn’t score in the final, but he was named the tournament’s best player after finishing as the top scorer and top assister. He’d had a direct hand in almost all their goals, and his performances were later rewarded with the Ballon d’Or in 2021 – a record-extending seventh.

He’s not known as a particularly vocal leader, but his team-mates have praised him for his leadership as captain of Argentina.

“Messi is a leader, he is a winner, he is the one who wears the armband, the one who speaks. Leo spoke in the final, I won’t say exactly what he said but really, one would have wanted to go out and eat up the entire pitch,” said Manchester United centre-back Lautaro Martinez.

“He began to speak before the final and the truth is that I don’t remember the exact words because in no time I was crying,” Sevilla midfielder Papu Gomez recalled in an interview with Argentinian outlet La Nacion.

“He spoke about effort, about family… tears were falling down my cheeks like a baby.”

Footage is now doing the rounds of Messi’s emotional and brilliant speech before the Copa final against Brazil. It’s easy to see why he’s so revered and respected by his team-mates – and not just because of the quality he brings to the football pitch.

“Leo is the most normal and simple of us all, I can assure you that he’s the guy and teammate that everyone has the most in common with,” Gomez added.

“But he carries the surname Messi, and many think that he’ll act differently.

“He’s an absolute leader, a captain in every sense, because he shows it, he leads by example.

“They always want to compare him to Diego [Maradona], they want him to shout and fight, Leo isn’t like that, but if he has to do that behind closed doors, he does it.

“What happens is that Leo isn’t going to ever bring it to light and he doesn’t talk for the sake of it, when he has to get angry or tell you something, he’ll tell you it and it stays within those four walls.”

The footage appears to be from a new Netflix documentary that’s due to be released on Thursday, November

Lionel Messi's speech before the final of the Copa America vs Brazil.😍😍

Are there still people who question his leadership?

READ NEXT: Comparing Lionel Messi and Cristiano Ronaldo’s stats in 2022-23