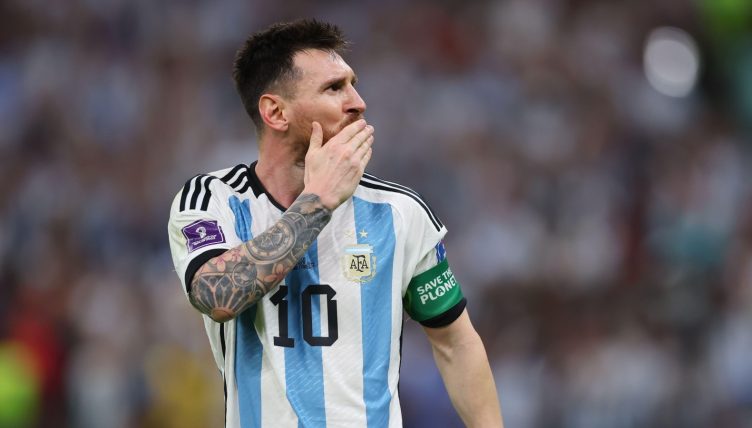 Messi admitted the four days between losing to Saudi Arabia and beating Mexico had been tough on the players.

“It was uncomfortable given the defeat in the opening match, which we didn’t expect,” he said.

“The days were very long, that’s how it felt. We were eager to have the chance to turn this around. We knew it was a critical game. If we didn’t win we were out and if we won, we would have another chance.

“Luckily we could win and that was a weight off our shoulders and joy. We have peace of mind, it’s all down to us again.”

Messi broke the immense tension inside the Lusail Stadium with a special long-range strike that sent the Argentinians in attendance into ecstasy.

The pressure and expectation was visible on the Argentina bench, as assistant coach Aimar could be seen with his hands covering his face as he was visibly emotional after Messi’s strike.

And the moment was given extra meaning with the knowledge that Aimar was Messi’s childhood idol.

Asked about images showing his assistant Aimar on the brink of tears during the game, coach Scaloni called for some perspective.

“You have to have some common sense, it’s just a football match,” he said. “I received a message from my brother saying he was crying and it can’t be like that. It’s as if it were more than a football match.

“I don’t share that. The players must understand it’s a football match. If not, it will be like this in every match.

“It’s hard to make people understand that the sun will rise tomorrow, win or lose. What matters is how you do things.”

Pablo Aimar 🇦🇷, the idol of Messi, was in tears after watching Messi score the opener ⚽ against Mexico 🇲🇽.