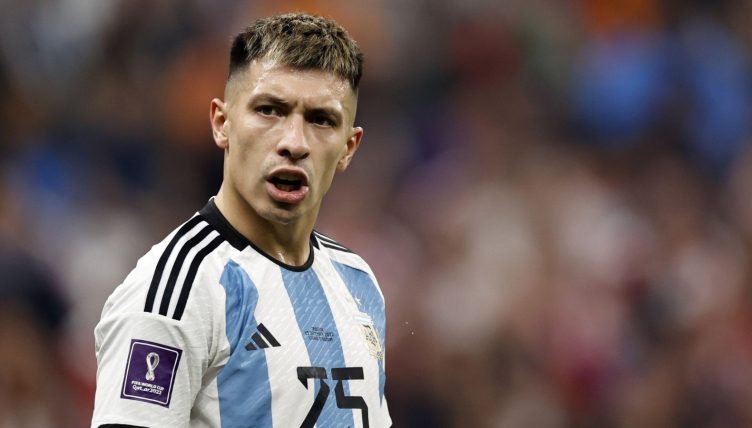 Lisandro Martinez was spotted taking the time to console his Manchester United team-mate Raphael Varane after Argentina beat France in arguably the greatest World Cup final of all time.

Argentina and the defending champions couldn’t be separated after 120 minutes of dramatic action at the Lusail Stadium.

The scores were level at 3-3 after Kylian Mbappe scored a remarkable hat-trick to rescue France and cancel out Lionel Messi’s brace and a slick first-half goal from Angel Di Maria.

But Argentina lifted the coveted trophy for the first time since 1986 after Kingsley Coman and Aurelien Tchouameni both missed spot-kicks in the subsequent penalty shootout, which was won 4-2 by Lionel Scaloni’s side.

The Argentina players were understandably elated but Martinez took time out from his celebrations to console Varane in a moment that will touch the hearts of United fans.

Despite fears he would miss the entire tournament, Varane made a miraculous recovery though and played a significant role in France’s run to the final.

While the 29-year-old starred for his country in Qatar, and impressed in Sunday’s final, Martinez has found himself in and out of the Argentina team over the past four weeks and was an unused substitute against France.

But, although they lined up on opposite sides on Sunday, the duo have struck up an impressive partnership at Old Trafford since Erik ten Hag snapped up Martinez in a £47.5million deal last summer.

Martinez and Varane have now firmly established themselves as Manchester United’s first-choice central defensive pairing, but both are expected to be absent when the Premier League campaign resumes.

United’s next fixture will be against Nottingham Forest at Old Trafford on December 27 and the absence of both Martinez and Varane may open the door for Harry Maguire to stake his claim once more.

TRY A QUIZ: Can you name every goalscorer from the 2022 World Cup?