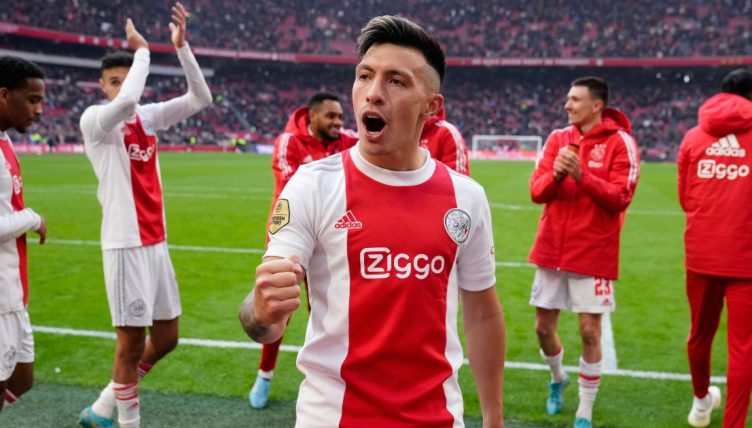 Fabrizio Romano has given an update on Manchester United’s pursuit of Lisandro Martinez as new manager Erik ten Hag looks to stamp his own authority on his new charges.

Martinez is admired highly by Ten Hag and is thought to be very high up on his list of targets during this summer transfer window according to the new update.

The Argentine is a versatile player with the ability to play a range of positions which effectively fits the bill for a Ten Hag type of signing considering his place in his Ajax title-winning side.

Martinez is also attracting interest from Arsenal who are said to be firmly in the race to sign the player and won’t back out of their pursuit despite United’s interest.

United have wrapped up the signing of Tyrell Malacia from Feyenoord and are now moving on to their next target in Martinez whilst also still working on the signing of Frenkie De Jong.

Once Malacia deal will be signed and official, Man Utd will be on it – while Arsenal are still pushing.”

Romano also claimed that United had held “positive talks” with Ajax, who were prepared to negotiate on their asking price, which left United looking at a figure of around €46 million/£40 million.

The transfer guru, speaking on his YouTube channel, provided further updates on United’s pursuit of Frenkie de Jong and Christian Eriksen as they look to move on from their disapointing 2021-22 campaign.

Malacia next: The 11 players Man Utd have signed from the Eredivisie