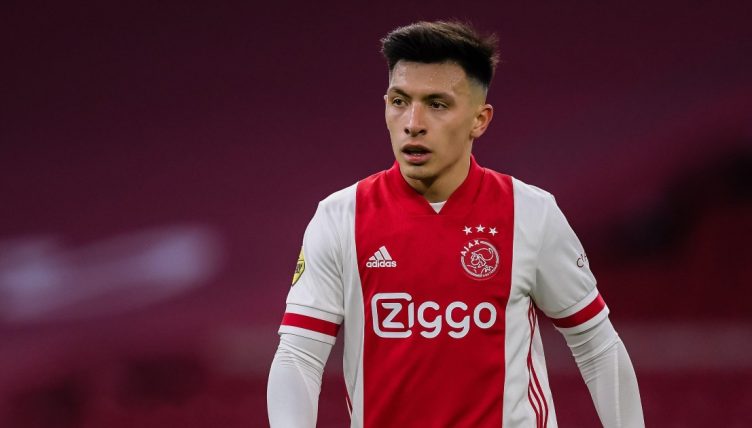 The versatile Argentine, who mainly plays centre-back, is craved by both United and the Gunners, with the two clubs wanting the depth Martinez can offer them ahead of a packed 2022-23 schedule.

Mikel Arteta’s side have made two bids for Martinez and United will reportedly make their own move once they sign Frenkie de Jong.

“Martinez has two offers from England, one is from Arsenal and one is from Manchester United,” Van Der Kraan explained in an interview with Sky Sports.

“When I say offer, that is an offer to talk with the club, an offer to his agent to discuss things. There is not an absolute concrete money offer on the table – yet.”

Van Der Kraan went on to explain that Ajax feel no real pressure to sell the player as they are financially in a good position unlike in other summers where they have a more pressing need to allow players to depart.

The sale of Ryan Gravenberch to Bayern Munich this season along with sales of other big-money players in previous windows means that Ajax are in a strong negotiating position. As a result, Martinez would not be a cheap purchase for United or Arsenal.

“He’s an expensive one, because Ajax are offering £45million/£50million for this player. Why is this? Ajax have no need to sell any more players,” the Dutch journalist said.

“They have the money, they are financially ok. They have said look, if anybody comes in for Martinez or Antony who is worth £80million in the eyes of Ajax. You could debate that, but the prices they’re asking are absolutely huge.”

🗣 "Ajax are demanding £45M, Ajax have no reason to sell anymore players."