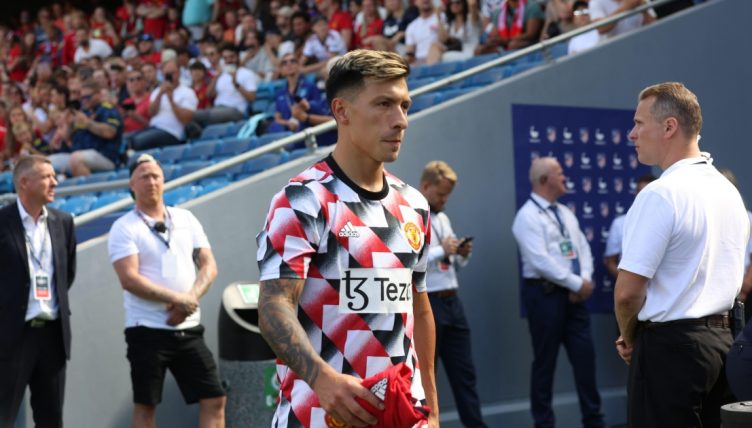 Lisandro Martinez gave Manchester United fans a glimpse of what is to come during his unofficial debut against Rayo Vallecano.

Martinez established himself as one of the best ball-playing centre-backs in the Eredivisie during his three years at Ajax, winning two league titles and a KNVB Cup.

The defender is also not afraid to mix in some of the physical stuff, leading to his Ajax team-mates dubbing him ‘The Butcher of Amsterdam.’

“I have given out my share of kicks and picked up that nickname,” Martinez told TyC Sports at the start of the year. “But I’m not one to go flying in, I like to play more. But every ball is a matter of life or death.”

Despite being heavily linked with a move to Arsenal this summer, the 24-year-old eventually joined United in a deal that could potentially be worth

The move to Old Trafford saw him reunite with manager Erik ten Hag, who originally brought him to Ajax in the summer of 2019.

“He’s a warrior and I think the fans will admire him,” Ten Hag told United’s official website after the deal was completed. “He has an attitude, fighting spirit.

“He brings aggressiveness in the game, in a good way. I think we need that. But also, he’s also skilful and he can deal with the ball and he’s left-footed.”

After missing United’s pre-season tour of Thailand and Australia, Martinez recently linked up with his new team-mates at the Carrington training ground.

He then made his first appearance for the club in their final pre-season friendly against Rayo Vallecano, starting alongside Raphael Varane.

After a largely uneventful first half, United took the lead in the 48th minute Amad Diallo when turned home the rebound after Alex Telles’ shot had been saved.

Martinez then decided to showcase his no-nonsense defending in front of the Old Trafford crowd, taking the ball off Isaac Palazon Camacho with a two-footed tackle.

Rayo Vallecano did equalise through Alvaro Garcia in the 57th minute and Ten Hag’s first game at Old Trafford ended in a 1-1 draw.

“I really enjoyed playing with him [Martinez] today. I think he will be a top, top player for the club.” United goalkeeper Tom Heaton said after the game.

”He was outstanding today and I’m sure everyone is looking forwards to watching him play.”

Martinez will now be hoping to keep his place in Ten Hag’s team for their Premier League opener against Brighton & Hove Albion.

Ranking every player to wear Man Utd’s No.6 shirt in the Premier League era