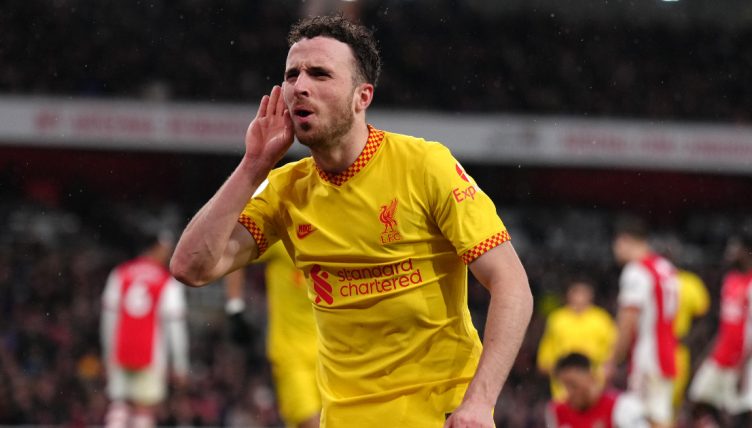 Liverpool struggled to deal with Nottingham Forest at times, but eventually broke the deadlock in their FA Cup quarter-final tie through Diogo Jota in the 78th minute, but this was not without controversy, as some believed the forward was marginally offside.

VAR was installed at the City Ground for this specific match, and was called into action after Jota knocked in a cross from Kostas Tsimikas, but his chest initially appeared to be offside.

ITV commentator Sam Matterface seemed certain that the goal would be ruled out as the first replay was shown, and shared the surprise of everyone watching when it was confirmed the goal would stand.

“I tell you what, VAR will be having a look at this,” Matterface stated as the ball hit the back of the net.

“It looks to me, from this angle… they (VAR) will have the perfect view, this might be ruled out.”

Jota’s goal ended up being the winner, setting up a mouthwatering semi-final clash with Manchester City at Wembley, despite Forest giving Liverpool a number of scares throughout the game.

The 25-year-old’s goal was his 18th of the season, and his first in this FA Cup campaign, and was another example of the Portugal international delivering in big moments.

Jota has been a star since his arrival from Wolves in 2020, and epitomises what Jurgen Klopp wants from his forwards.

“We need our boys in different ways as well, it’s not just that you can be a striker who scores goals,” Klopp stated after Liverpool’s win over Arsenal.

“If you want to be a striker for Liverpool, you have to work your f***ing socks off in each game.”

“But it’s about how much can they help us in all the situations, and for that you need fresh legs.”

A controversial goal, but a massive one for Liverpool’s ambitions of a quadruple this season.

Diogo Jota was onside by the finest of margins to give Liverpool the lead in the #EmiratesFACup !pic.twitter.com/pDGt6pYFGP