Watch: Liverpool hit the woodwork TWICE in matter of seconds 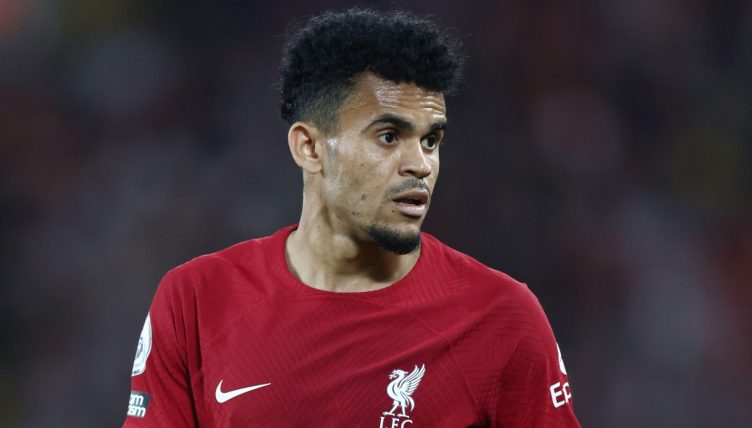 The first half of Saturday’s Merseyside derby may have ended goalless but Liverpool will feel they should be leading after hitting the woodwork twice in quick succession at Goodison Park.

Jurgen Klopp’s side entered the Premier League match on the back of successive victories over Bournemouth and Newcastle United – their first in the league this season.

The Reds dropped Roberto Firmino and Andy Robertson from Saturday’s line-up and, when asked about the decision in his pre-match press conference, Klopp said: “Bobby is in top shape but came back from injury and has now played a lot.”

“Darwin is fresh so that is the reason [he plays]. Kostas for Robbo is just time. Robbo plays all the time, a lot. When we can make an unforced change we should do it.”

But, while Everton were winless in their first five games, Frank Lampard’s side were typically competitive in the first half of the Merseyside derby.

Chances were at a premium and the play was scrappy as Everton attempted to record their first derby victory at Goodison since October 2010.

But Liverpool had the half’s best chance as the clock ticked towards the interval, with England goalkeeper Jordan Pickford helping to keep the score level.

Darwin Nunez chased a long pass down the inside right channel, chested the ball down and shot across Pickford, who made a sensational save to tip the ball onto the bar.

Goodison breathed a sigh of relief but the danger remained. The ball broke towards Luis Diaz, who dropped a shoulder and curled a screamer across the Everton goalkeeper that look destined to nestle in the back of the net.

But, for the second time in quick succession, the woodwork came to Everton’s rescue as Diaz’s shot came back off the inside of the post and bounced away.

So close for Liverpool! 😯