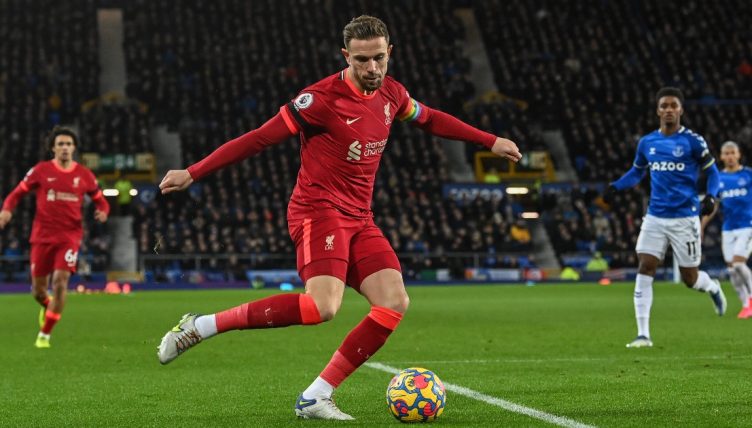 Liverpool continued their sensational form in the Merseyside derby on Wednesday evening, swatting aside Everton with a 4-1 victory.

Reds captain Jordan Henderson was particularly good on the night, opening the scoring with a brilliantly-placed shot into the bottom corner in the 9th minute.

Things got better from there, with Mohamed Salah doubling the visitors’ lead 10 minutes, before a short-lived fightback from Rafael Benitez’s Everton, who came back into the game via Demarai Gray.

But Liverpool took control once again in the second half, turning on the style with superbly taken goals from Salah and Diogo Jota.

There was plenty to cheer in the away end at Goodison Park, with the fans chanting for Benitez, who is doing his popularity in the red half of Merseyside no harm at all amid Everton’s current struggles.

One of the loudest cheers was reserved for Henderson, who received the ball by the byline before coolly slotting the ball through the legs of Lucas Digne.