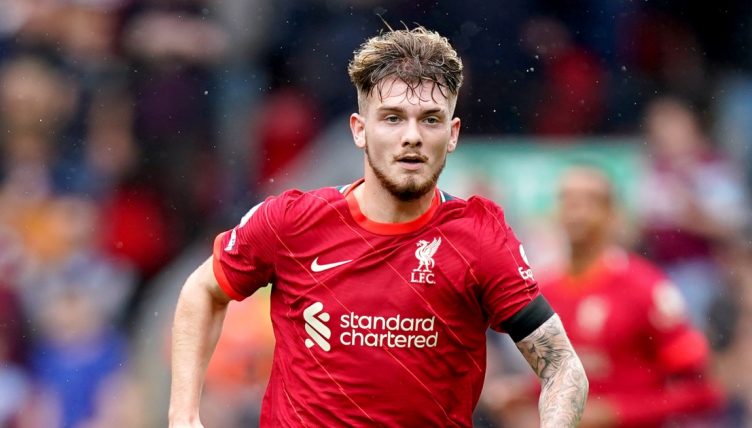 Harvey Elliott provided Liverpool fans with a reminder of his vast talent with a virtuoso display during Liverpool’s friendly win over Wrexham on Saturday.

Elliott has been sidelined for the past four-and-a-half months after suffering a dislocated ankle in the win over Leeds United at Elland Road in September.

The teenager had been a regular figure in Jurgen Klopp’s team prior to his injury, starting three of the first four Premier League matches.

He suffered the injury in the second half against Leeds, and was taken to a local hospital before receiving an operation days later.

The 18-year-old has been gradually building up his fitness over the past few months and made his Liverpool comeback during the behind-closed-doors friendly at Liverpool’s AXA training centre.

Elliott played 60 minutes against the National League side, scoring a stunning Salah-esque goal in what must have been a cathartic moment for the midfielder.

And the former-Fulham man provided two assists for his team-mates with a pair of brilliantly effective crosses that proved impossible for Wrexham to defend.

“He has a foot injury and there are rusty mornings when you get up and it does feel rusty,” said Jurgen Klopp earlier this month.

“But he is running outside now with full body weight on it, that is a good sign.”

And Liverpool fans will be buoyed by their young prodigy’s performance after such a lengthy injury lay-off.

Liverpool and Klopp will hope to have Elliott in contention for when the first-team are back in action next week.

The Reds welcome Cardiff City to Anfield on Sunday, February 6 in the fourth round of the FA Cup, before taking on Leicester City in the Premier League four days later.