Watch: All the goals from Liverpool legends’ 3-1 win against Man Utd 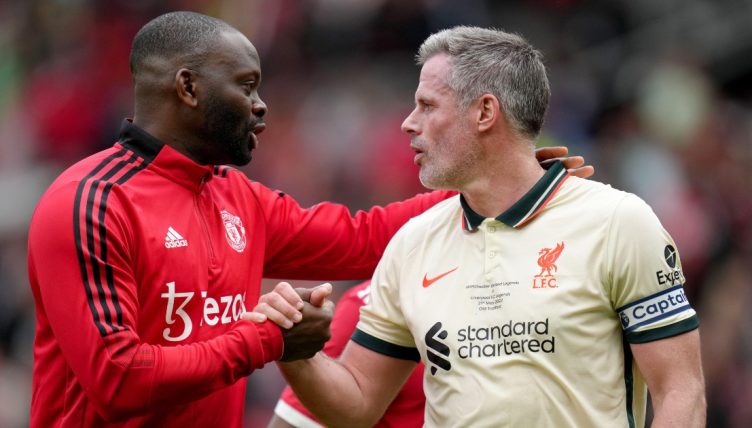 Liverpool won at Old Trafford for the second time this season after their Legends beat Manchester United Legends 3-1.

The game, labelled the ‘Legends of the North’, was organised to raise funds for the Manchester United Foundation and it made over £1.3million.

Mark Gonzalez put Dalglish’s team back in front with a brilliant free-kick in the 62nd minute and then grabbed his second of the day in the dying moments of the match.

Liverpool now take a 3-1 lead into the second leg of the Legends of the North contest which will take place at Anfield later this year.

“It was lovely,” Carragher said when asked how it felt to beat United. “I was feeling worse before the game when I saw their team, but we got a few new players coming in, first time playing for the legends team, so it was a good performance.

“It’s good to play. They’re not as serious as normal games but you don’t want to embarrass yourself, you want to play with your mates and show you’ve still got it.

“It is nice to come out on top and we’ve got a return leg at Anfield in the future – we’ve claimed the first leg and we’re still claiming away goals – they still count in legends football!”