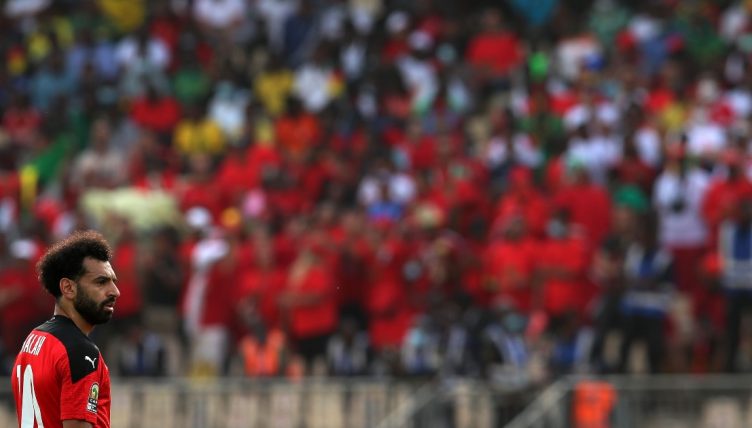 Mohamed Salah is a talisman for both club and country and the Liverpool forward scored a crucial goal in Egypt’s African Cup of Nations quarter-final against Morocco.

Egypt entered the match having won two and lost one of their group matches, meaning they finished second in Group C behind Nigeria.

But the Pharaohs rallied in their last 16 match against Ivory Coast, holding their star-studded opponents to a goalless draw before winning the penalty shoot-out.

Salah scored the crucial spot-kick against Ivory Coast and made another significant contribution in Sunday’s match against North African rivals Morocco.

Egypt had trailed at half-time following an early penalty by former-Southampton winger Sofiane Boufal before Salah levelled the scores after the interval.

After increasing the pressure on the Morocco goal, goalkeeper Yassine Bounou was forced into a fine save from Mohamed’s effort and the ball squirted to Salah.

The 29-year-old read the ball and slotted it home to make the scoreline 1-1. It had been coming from the first kick of the second half and the Egyptian fans in the crowd were ecstatic.

Liverpool fans will be hoping that the signing of Luis Diaz doesn’t mean that Salah won’t be offered a new deal to stay at Anfield.

As Jurgen Klopp recently said: “Things take time. There are so many things you have to do, and by the way there is a third party: the agent is there as well.

“But there’s nothing to worry about – it’s a normal process. Mo has a contact here this season and next season. Nobody has to worry, it’s just the situation.

“All fine, not done, but we had talks. He’s a world-class player, unbelievable player, did a lot of great stuff for Liverpool. Of course we want to keep him, and let’s see how it will work out.”

Mohamed Salah reacts fastest to tap in the rebound and Egypt are level in their #AFCON2021 clash with Morocco! 🇪🇬 pic.twitter.com/veB9MQfGPd