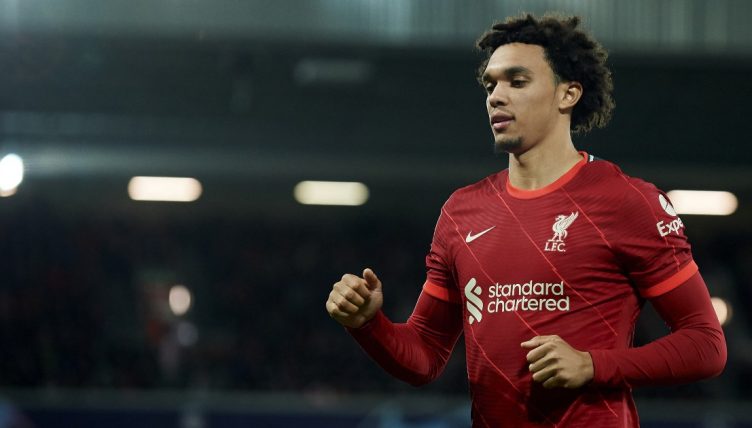 Liverpool almost made the perfect start to their FA Cup final against Chelsea, and they had their star right-back to thank as Trent Alexander-Arnold played a ridiculous through-ball to Luis Diaz with the outside of his boot.

After a nice passing move the England defender found himself running onto an open ball, and with the sheer audacity of Ronaldinho and the precision of Xabi Alonso, Alexander-Arnold split the Chelsea defence with a first-time pass on his right foot.

The ball found Diaz perfectly, whose effort was saved by Edouard Mendy before the Chelsea defenders cleared ball from the goalmouth with Mohamed Salah closing in.

Alexander-Arnold has long been praised for his ability on the ball and his creativity from right-back, and has a remarkable 19 assists from 44 games this season.

The 23-year-old was unfortunate to miss out on England’s Euro 2020 campaign last summer due to injury but has been back to his best this campaign, and despite criticism of his defensive ability remains one of the best attacking fullbacks in the world.

His manager Jurgen Klopp recently called upon him to continue ‘redefining’ the full-back role.

“I think in the past some people thought about other full-backs that would redefine the position. Maybe they did, and for sure he did as well so far,” Klopp stated in April.

“But where it can end, where it will go to, I don’t know.

“We have some ideas how we can evolve our game, but through the season, the time we have for training is really tricky, the amount of games we play.

“Maybe we’ll find some moments where we can work on this.

“But whatever you set up as a coach, 90 percent is up to the player, what he makes of it.

“Because wherever we bring Trent, in which position we bring Trent in the game, give him freedom to do this or not, if the output is not the output then you just open up your formation, get exposed, these kinds of things.