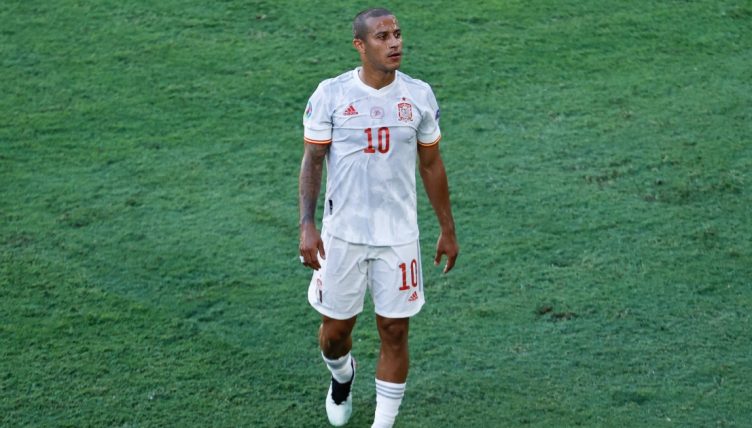 Liverpool midfielder Thiago Alcantara showed characteristic awareness by signing an autograph for a disabled fan outside a restaurant in Madrid.

Thiago has made two substitute appearances during the group phases of Euro 2020 as Spain eventually got their act together and finished in second place.

And the 30-year-old demonstrated his class during preparations for Monday’s last 16 tie against Croatia.

The Spain squad were leaving a dining establishment in their capital city when they were greeted by a group of fans, including one in a wheelchair.

Most players didn’t stop and chat but the Liverpool man stopped and signed the supporter’s autograph book in touching scenes.