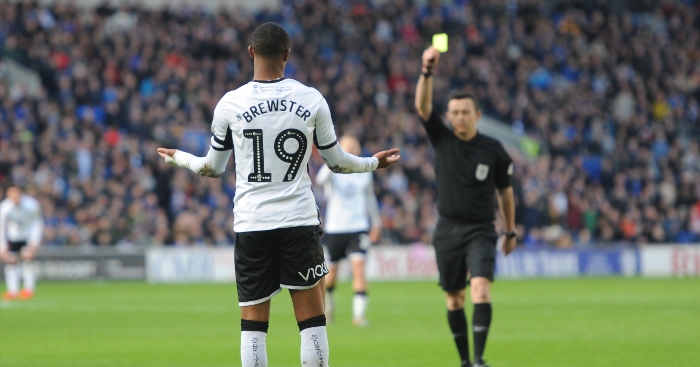 Liverpool’s Rhian Brewster has had a massive impact at Swansea City and the striker now has three goals in his first seven games.

The 19-year-old, who is on loan at the Liberty Stadium until the end of the season, started on the bench against Hull City on Friday night due to an injury problem.

Swansea were 3-2 down when Brewster was finally brought onto the pitch and the away side equalised through Jordan Garrick 13 minutes later.

In the 83rd minute, the striker showed great reactions to instinctively fire into the bottom corner and put Swansea into the lead.

Brewster then threw off his shirt and ran towards the supporters, but was booked for his celebrations by the referee.

The #LFC loanee bounces back from his injury in style…🎯

However, Swansea couldn’t hold on to the three points and Hull scored a late equaliser in injury time as the game finished 4-4.