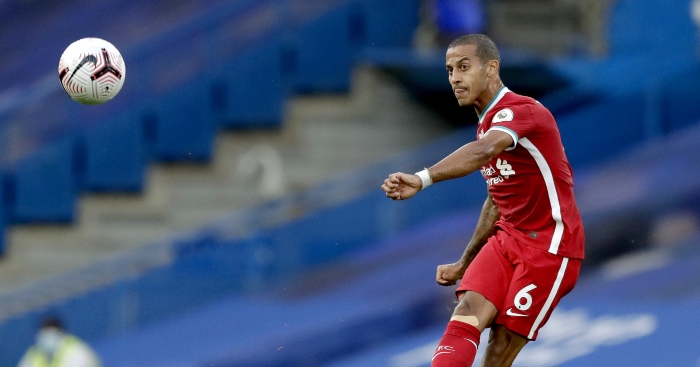 When Liverpool signed Thiago Alcantara from Bayern Munich, their supporters couldn’t wait to see his quality being added to their midfield ranks.

They have seen just a glimpse of what he can offer, as he broke a Premier League record in his only 45 minutes for the club so far.

Having missed three games in all competitions due to illness, he is now in training ahead of the Merseyside Derby and whetting fans’ appetites.

He impressed James Milner with his touch earlier this week and Trent Alexander-Arnold has now had a glimpse of his skill close-up, as he was fooled by the Spaniard’s excellent technique during a rondo.

To top it all off, the midfielder had a little giggle to himself after making Alexander-Arnold fly towards the opposite side of the rondo.