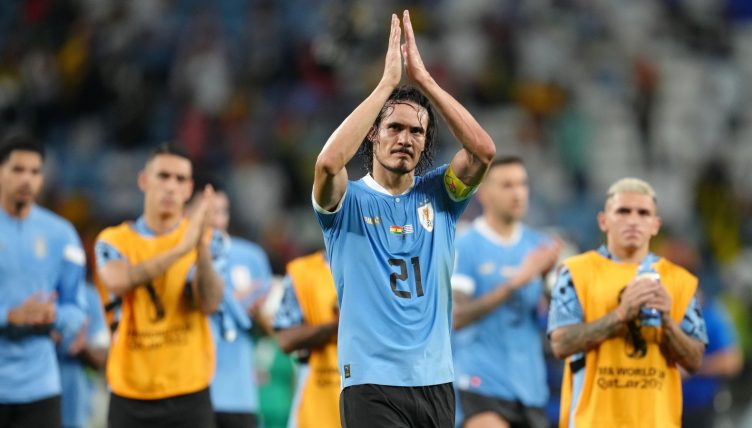 Uruguay have been knocked out of the World Cup despite beating Ghana 2-0 and it’s safe to say that Luis Suarez and company didn’t leave the stage quietly.

After two nights of the purest drama, the conclusion of Group H just about topped the lot; Uruguay needed to win to have any chance of staying in the tournament while Ghana just needed to avoid defeat.

But, after a missed penalty by Andre Ayew where Darwin Nunez scuffed the spot before it was taken, Uruguay took charge with two goals from
Giorgian De Arrascaeta.

The second half looked in danger of becoming tame, with Uruguay on the verge of progression, until South Korea scored a late winner against Portugal that lifted them ahead of Uruguay on goals scored.

Edinson Cavani had a plausible penalty shout waved away by the referee and shots rained down on the Ghanian goal to no avail; Uruguay were eliminated in the group stages for the first time since 2002.

A number of the Uruguay players angrily confront the referee at the final whistle. Cavani was certainly booked and a few others were as well as Uruguay took out their frustrations on whoever happened to be around.

But Luis Suarez wasn’t among them. He buried his head in her shirt and started weeping, knowing that his truly extraordinary World Cup story – which began in 2010 – was over.

Suarez couldn’t hold back the tears and had to be comforted by members of the Uruguayan coaching staff while other players looked on the verge of chinning the referee.

South Korea will go on to the last 16, probably to face Brazil although who knows any more, while Uruguay go away and lick their wounds after an afternoon of jaw-dropping World Cup drama.

They chase the officials down the tunnel after being knocked out of the World Cup! #BBCFootball #BBCWorldCup pic.twitter.com/eps9TRwpnk

TRY A QUIZ: Can you name Uruguay’s XI from their 2010 World Cup QF vs Ghana?