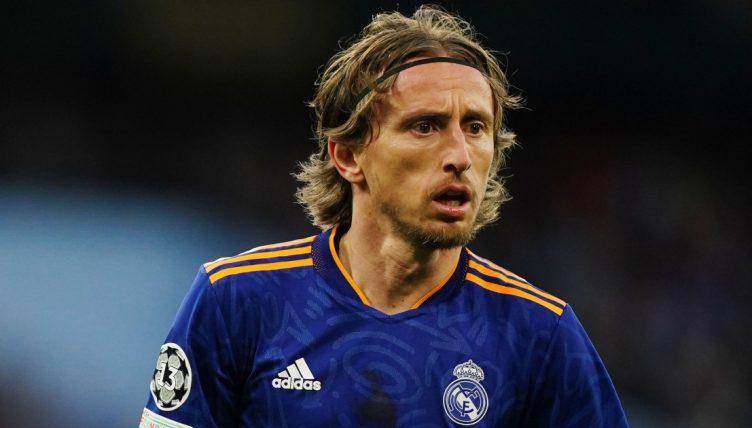 While Real Madrid may have succumbed to a 4-3 loss against Manchester City in the UEFA Champions League semi-final first leg, Luka Modric demonstrated that he remains the classiest operator around with a filthy nutmeg on Bernardo Silva.

Modric instigated the fightback against Chelsea in the previous round with an outrageous pass for Rodrygo’s goal in the second leg at the Bernabeu.

And the 37-year-old provided another touch of class against the English champions as Madrid recovered from a shocking start to gain a foothold in the tie.

Manchester City steamed into a two-goal lead through Kevin de Bruyne and Gabriel Jesus in the game’s opening stages but proceeded to waste a hatful of chances afterwards.

And Madrid made them pay after Karim Benzema slotted home what was, at best, a quarter chance to half the deficit.

Both sides traded goals early in the second half – Phil Foden for City and Vinicius Junior for the Spanish side – before Modric destroyed the otherwise brilliant Bernando Silva.

Collecting the ball just inside his own half, the Croatia international told Vinicius to run forward before daintily slipping the ball through Bernardo’s legs.

The midfield conductor proceeded to release Benzema with a through ball and the Etihad crowd would have nodded approvingly. With the likes of Modric in their side, Madrid have a great opportunity of overturning the deficit in the return match next Wednesday.

Madrid boss Carlo Ancelotti praised both Modric and Benzema after the game.  “Karim played a great game, as always,” Ancelotti said. ‘He had the personality to shoot the penalty spectacularly.

“Modric played a great game, but sometimes putting in a fresh player for 10-15 minutes helps you to have the ball.

“I didn’t take him off because he was playing badly. Ceballos has done very well, he has entered with a lot of personality.”

Can you name the 25 players Real Madrid have signed from the Premier League?