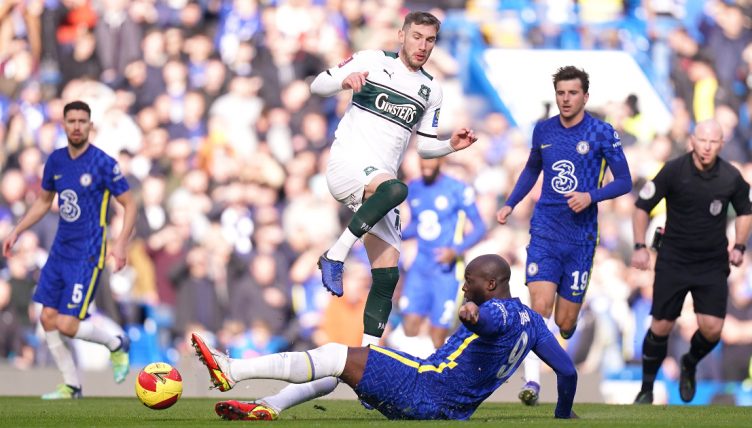 Chelsea struggled to break down a well organised Plymouth side from League One, as the visitors took the hosts to extra time in the FA Cup fourth round before losing 2-1.

Cesar Azpilicueta cancelled out Macauley Gillesphey’s unexpected opener, but the European Champions really should have won the game in normal time.

Romelu Lukaku picked up the ball in the Plymouth half, and played a through ball to substitute Timo Werner, who looked set to be through one on one.

Bizarrely, Werner slowed down his run, meaning that a Plymouth defender reached the ball before him when it looked to be in his control.

Fans have been divided about who to blame for the miss, with some criticising the pass from Lukaku whilst others have questioned Werner’s lack of aggression to reach the ball.

Chelsea would go on to win the game in extra time through Marcos Alonso, but they really should have finished it off here.

Both strikers cost Chelsea over £150million combined since the summer of 2020, but both have received their fair share of criticism, with Werner missing chances on a regular basis, whilst Lukaku was dropped for stating that he wanted to return to Inter Milan.

Lukaku was reinstated to the squad after an apology, but his on-field performances are still yet to reach the level he showed at Inter Milan last season under Antonio Conte, and is far from repaying the £100million Chelsea spent to bring him back to the club.

They had to do better here…

How’s this Werner’s fault? Kaku made a bad pass here, play it towards the right not back inwards pic.twitter.com/8T9QrgGyCR