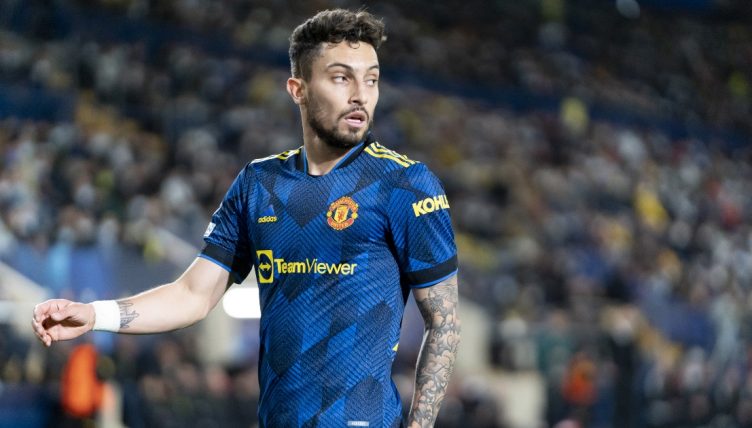 Manchester United rallied to secure a 1-1 draw against Atletico Madrid in Wednesday’s Champions League tie with Anthony Elanga scoring their equaliser – but our attention was drawn to a naughty piece of skill by Alex Telles.

It was a draw United scarcely deserved in the Spanish capital as they put in another underwhelming performance.

“We played without conviction, without aggression and that is why we were struggling. Second half we did better, more possession in areas that mattered and if we played another 10 minutes we might have won the game.

United did improve, marginally, after the break and their increased confidence was shown by Telles nutmegging Marcos Llorente.

The full-back was introduced as a 67th-minute substitute and instantly provided United with the forward thrust they’d previously been lacking.

As Llorente came across to dispossess him, Telles dragged the ball back and cooly slipped it through his opponent’s legs.

United’s next match is against Watford at Old Trafford on Saturday. Their return match with Atletico Madrid will be held on Tuesday 15 March.