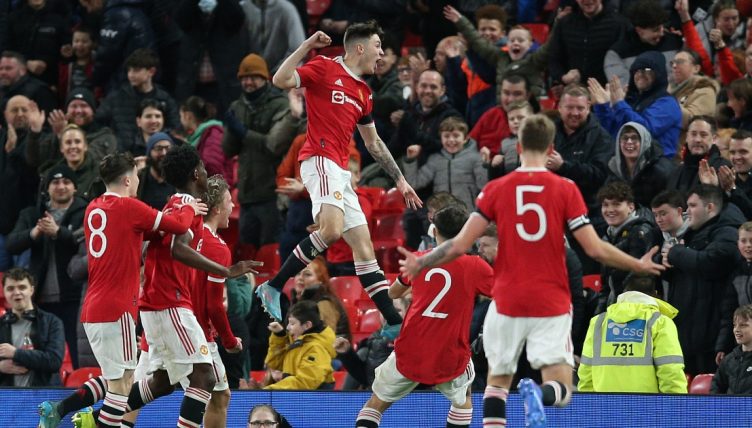 United advanced to the last four of the competition after beating Leicester City in the quarter-final thanks to Alejandro Garnancho’s brace.

Despite being the most successful club in the Youth Cup, it’s been over a decade since the Red Devils last lifted the much-coveted trophy – current United players like Paul Pogba and Jesse Lingard were in the team that won the prize back in 2011.

With first-team captain Harry Maguire watching on in the stands, McNeill broke the deadlock for United in the 16th minute. The forward rounded the Wolves goalkeeper after latching onto a neat pass in behind before slotting into the Stretford End goal.

“We know that this is a lovely opportunity for the boys to put their name in the history book.”

The young United players are currently on track to move a step closer to silverware.