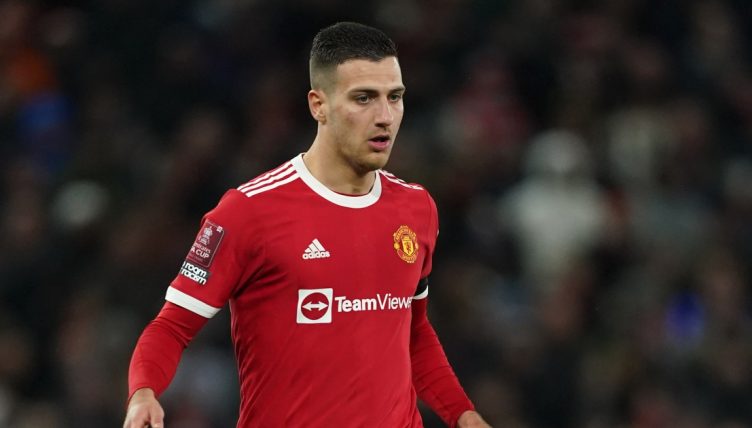 Manchester United were eliminated from the FA Cup by Championship side Middlesbrough on Friday night – but Diogo Dalot still managed to catch the eye with a beautifully lofted pass to create a goalscoring opportunity for Bruno Fernandes.

Dalot has started in the majority of Manchester United’s matches under Ralf Rangnick, displacing Aaron Wan-Bisakka, and was named the man of the match by BT Sport co-commentator Martin Keown in January’s 3-1 Premier League win over Brentford.

After struggling for opportunities under Ole Gunnar Solskjaer, Dalot has thrived under Rangnick, with Alex Telles also excelling at left-back.

“Obviously, we have a lot of the ball, the full-backs,” Dalot told the MEN after the Brentford game. “We want to build up from the back to the forward players, being very compact defensively.

“It’s been a joy to work with him and hopefully, we can improve, still improve in the next couple of weeks and build on from there, build the confidence.

“Not just me but everybody, and hopefully we can be a better team and have more and more quality games like today, especially the last half.”

While United suffered an embarrassing exit from the FA Cup against lower-league opponents, Dalot put in a solid performance at right-back and created a guilt-edged chance for Fernandes in the first half.

With the scores goalless, Dalot pinged a delightful ball over the heads over the Middlesbrough defence to find Fernandes in acres of space.

The Portugal international opted to hit a first-time volley but leant back and sent the ball whistling over the bar.

Despite the miss, Dalot will be confident that his recent performances will convince Rangnick to keep him in the starting XI for the remainder of the 2021-22 season.