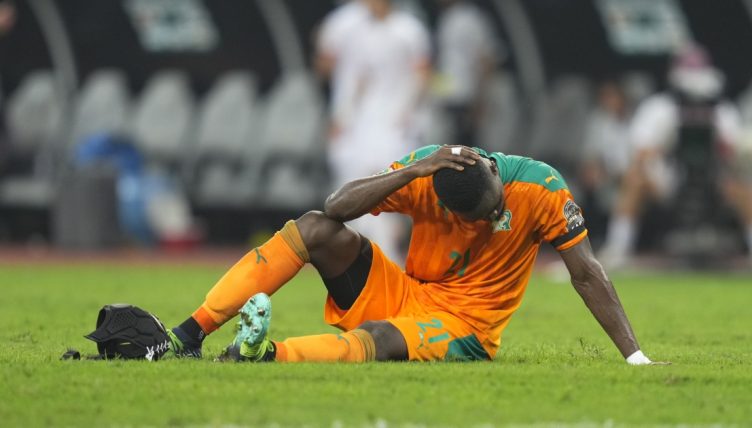 A star-studded Ivory Coast side, including the likes of Franck Kessie, Serge Aurier, Wilfried Zaha, Nicolas Pepe and Sebastien Haller, had impressed during the group stages and knocked out defending champions Algeria with a 3-1 victory in their last outing.

Bailly had a storming match as Ivory Coast kept Salah and Egypt quiet but they were unable to score themselves during the game’s 120 minutes.

A penalty shoot-out followed – offering the best kind of tournament drama – and each of the first four spot-kicks were converted.

The Manchester United defender stepped up for his side’s third penalty but chose the worst possible moment for a spot of experimentation.

Skipping up to the ball in the style of his club team-mate Bruno Fernandes, Bailly chipped the ball casually towards the top corner – only for Egypt goalkeeper Gabaski sticks up a strong hand and tips onto the post and away.

Egypt won the shoot-out 5-4 and will face Morocco in Saturday’s quarter-final.

It's unconventional… and it hasn't worked.