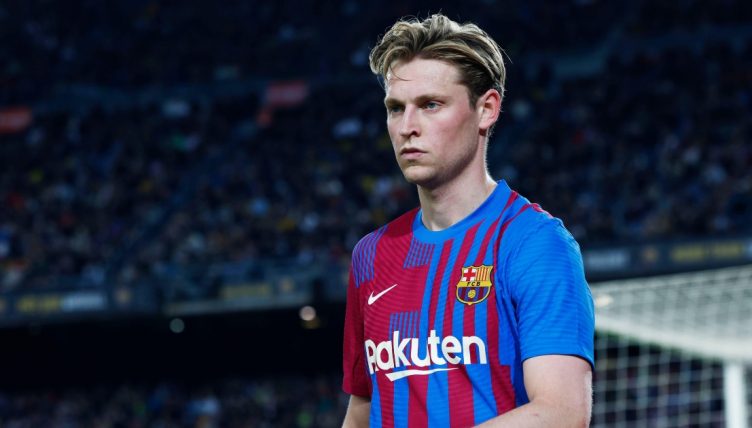 There’s been a fresh twist in Manchester United‘s seemingly endless pursuit of Frenkie de Jong as Fabrizio Romano has revealed that Barcelona have changed their stance on the midfielder.

After completing the high-profile signings of Robert Lewandowski and Raphinha from Bayern Munich and Leeds United respectively, Barca are keen to get rid of De Jong’s high wages in order to stay within La Liga’s salary cap limitations.

The Netherlands international has been identified as United boss Erik ten Hag’s main transfer target but there’s been little progress on the deal during June and July.

Under the current agreement between the clubs, Barcelona would receive an initial fee of £63 million, plus a further £8.4 million in performance-related add-ons for De Jong.

United reportedly plan to build their midfield around the 25-year-old, especially after the departures of Paul Pogba and Nemanja Matic over the summer.

However, despite the agreement between the two clubs, the player has been reluctant to leave Spain for Manchester.

It has been claimed by Spanish media that De Jong had told Ten Hag he wouldn’t be moving to Old Trafford, while it was also reported that he told his Barca team-mates of his desire to stay at Camp Nou.

And, in the latest development of this summer’s longest-running transfer saga, Italian journalist Romano has reported that Barcelona’s stance on De Jong has shifted slightly and given United hope that they can secure his signature this summer.

Speaking on his YouTube channel, Romano said: “Manchester United and Barcelona still have an agreement on a permanent deal for De Jong worth £75million plus add-ons, but there’s still no agreement on the player’s side.

“De Jong wants to stay at the club but there’s rumours from Spain that Barcelona are ready to let him leave on loan in case they can’t find ways around issues on the player’s side.

“But the answer I’m still getting from the player’s side is that he’s not interested in any outgoing transfer this summer and will not accept a salary cut.”

Barcelona offered De Jong a future at the Camp Nou, but for that to happen the midfielder was asked to take a 40% pay cut, which De Jong refused.

The La Liga giants are yet to pay deferred wages worth €17 million to the 25-year-old.

You can watch the video here.