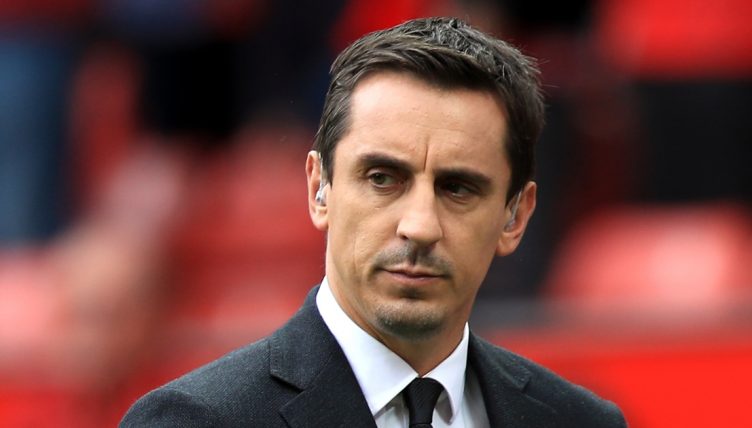 The 37-year-old veteran has always seemingly been on good terms with Neville, but it doesn’t look like he took kindly to being criticised.

Having been left out of the United squad for last weekend’s 1-1 draw away to Chelsea, Ronaldo was back in the starting line-up against Sheriff Tiraspol in midweek and retained his place against David Moyes’ Hammers.

Red Devils boss Erik ten Hag laid down the law to Ronaldo by punishing him after he left early and refused to come off the bench during a recent 2-0 victory over Tottenham.

And Neville believed that Ten Hag was right to suspend the striker.

“For me, Erik ten Hag had no choice, no option,” Neville said of Ronaldo in a furious debate with his old captain Roy Keane last week.

“Cristiano’s left the ground twice, you can’t do that, his Instagram post which said I respect my teammates and sometimes in the heat of the moment you do something wrong. On the eve of pre-season, he asked for a transfer, he’s building up a list of things. It’s a messy end and Ten Hag is trying to establish control.

“I always think about the fact, Ronaldo has played 100s of games where players have had to watch him, you have to make sure you’re in the changing room, shaking players’ hands then you have it out with the manager separately. It’s not about Erik ten Hag. He had no other choice but the players in the dressing room had to have some action against them.

“Lots of players have watched him, now he’s had to watch them, your careers like a mountain, you’re in for a few games, out the team, get in then you get to the top of the mountain then you have to accept whether you play for a big club and accept less games. Or you go to a lesser club and play all the time and Cristiano is going to have to go to somewhere else that’s going to play him every week because he can’t accept being on the bench. That’s fine.

“End it this week or create a truce to get to the World Cup, it’s not doing him any favours. Leaving the dressing room before full-time, that’s not what he does, if you’re doing things like that you’ve got to leave.”

Ronaldo responded by completely blanking the former right-back when he came over to say hello to Louis Saha.

“We’re off the Christmas card list aren’t we?” said Neville to Carragher, who was similarly snubbed by Ronaldo late last year.