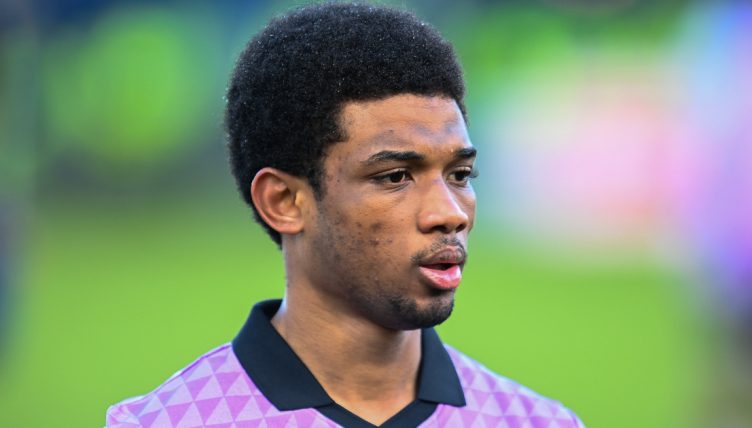 Despite Rangers failing to hold on to all three points away at Ross County, Amad Diallo enjoyed a fantastic first appearance in Scottish football after his loan move away from Manchester United.

The highly-rated 19-year-old winger scored just five minutes into the game, finishing off Joe Aribo’s drilled shot, and his display was a sign of things to come, which will excite Rangers and United fans equally.

Diallo constantly threatened down the right-hand side for Rangers, and later in the first half, he utterly rinsed Ross County left-back Jake Vokins with a silky spin.

Picking up a pass from Conor Goldson, the Ivorian turned with his very first touch, pulling off a roulette with his left foot, which sent Vokins the wrong way and left him for dead.

This turn highlights the extent of Diallo’s talent: in his first game in a very physical league, he still had the confidence and technique to really show off his skills.

Rangers fans celebrated their debutant’s performance with a new song to the tune of ABBA’s Voulez-Vouz:

And Rangers manager Giovani van Bronckhorst was clearly impressed with the teenager’s performance in Saturday’s 3-3 draw.

“You could see his quality, I mean he made the first goal he was very good in the space in the second post,” the Dutchman stated.

“You could see what he can give to the team.”

Rangers face Celtic next in an Old Firm derby, and Diallo will be hoping to continue his fine start in what promises to be a fiery encounter as both teams gun for the title.