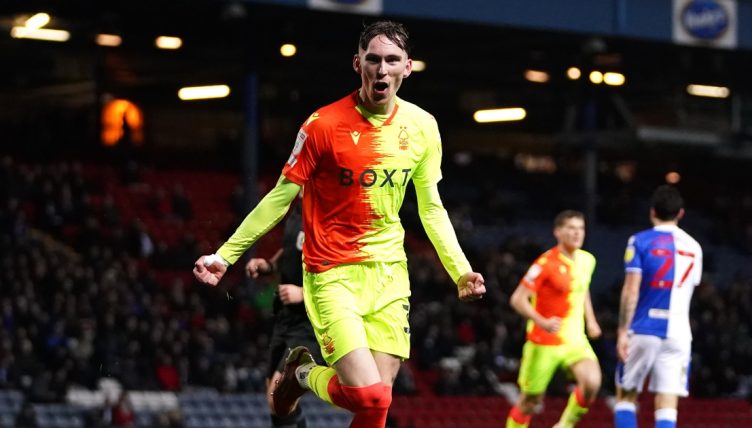 James Garner is enjoying a breakout season at Nottingham Forest and the Manchester United loanee enjoyed another standout moment with his goal against promotion-chasing Blackburn Rovers.

Garner, who joined Forest on loan from United for the duration of the season back in August, played a starring role in their thumping FA Cup victory over Leicester on Sunday and earned rave reviews from Trevor Sinclair.

Sinclair, who played for Manchester City and England during his career, told talkSPORT: “James Garner’s deliveries remind me of David Beckham’s – he’s got that dip and that whip and it causes so many problems.

“The pace on the ball, he’s putting it on a sixpence every time.

The midfielder, who has his eyes on a regular first-team spot at Old Trafford next season, has gone from strength-to-strength during his second spell with Forest this year and is being tipped to become a star at Premier League level in the not too distant future.

And Garner further cemented his reputation with a well-timed finish against Blackburn on Wednesday evening.

Keinan Davis was dispossessed by the Blackburn defence but Garner was first onto the loose ball, turning an opponent before firing his low shot past Thomas Kaminski in the Rovers goal.

Steve Cooper has waxed lyrical about the 20-year-old’s qualities.

“I don’t think just been today, he’s in a real good run of form and I don’t mind saying that because you can see how hard he’s working, he won’t get carried away.”

MASSIVE GOAL AT THE TOP OF THE CHAMPIONSHIP 👀

Promotion-chasing Blackburn fall behind at home to Nottingham Forest just moments after Bournemouth take the lead against Birmingham 😮 pic.twitter.com/pm0zwAemUA