Watch: Peter Drury’s commentary for Rashford’s derby winner will give you chills 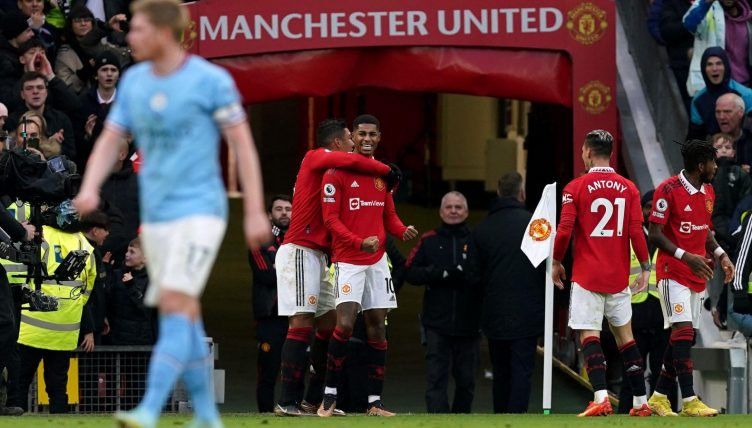 If you support Manchester United, chances are you’ve spent the last couple of days soaking in the 2-1 comeback victory in the Manchester derby. And we wouldn’t blame you at all.

You’ve probably watched and re-watched Marcus Rashford’s winner a couple of hundred times already, but you haven’t truly watched it unless you’ve watched it soundtracked by the unrivalled Peter Drury.

Drury was on commentary duties on NBC Sports’ coverage of the big Premier League clash in the USA, so if you happen to live on this side of the Atlantic you miss out on his uniquely poetic narration style.

But fear not – so brilliant is commentary that it often gets clipped up and shared on social media for us all to enjoy.

And United’s latest goal was one to savour. It’s been over five years since the club last lifted silverware. Last season they recorded their lowest points tally of the Premier League era, while fan favourite Rashford was one of many to seriously struggle with his form, scoring just five goals in all competitions.

Now the forward looks like a player reborn. He’s scored in all seven of his appearances for the Red Devils since the World Cup break, making himself indispensable to the project Erik ten Hag is building at Old Trafford.

“I don’t think I said he had to learn to deal with it, but he has; he knows how to deal; he knows that in top football you have to suffer, sacrifice, and have painful moments,” Ten Hag said after the match.

“Especially a player like he is, he’s unstoppable, opponents will go tough against him to stop him. But you have to deal with it, and I think he’s capable of it.

“He keeps investing, he keeps going, he keeps focusing for his chances and in the end he got a reward and the team got his reward.”

His match-winner against Man City was his sixteenth of the season in all competitions.

“And Rashford waits,” Drury’s commentary begins in the clip.

“And Antony waits. And Garnacho will get another go. And he’ll twist away from Ake. AND RASHFORD SCORES!

“The Reds! Twice in a trice! It is an Old Trafford tumult! Derby day is on its head! Now then Erik [Ten Hag] -what have you here?!”

TRY A QUIZ: Can you name the Man Utd XI from Marcus Rashford’s debut in 2016?