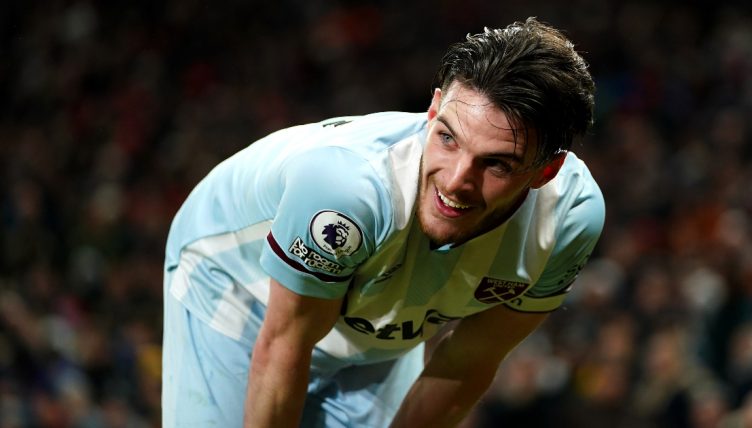 West Ham United’s blushes were spared after they came back from a goal down to beat Kidderminster Harriers in the FA Cup with two injury-time goals.

Declan Rice’s stunning effort in the 91st minute took the game to extra time, before Jarrod Bowen broke Kidderminster hearts in the 120th minute, meaning the side from the sixth tier, who had led for most of the game, were knocked out.

West Ham rotated their side, but it was the two key men coming off the bench who saved the day, and sent the travelling fans crazy with both strikes.

Declan Rice, the youth product and star player at the Hammers, scored a solo masterpiece, driving forward from his own half, combining with Pablo Fornals before smashing his shot into the roof of the net, but what stood out most was his celebration.

With the West Ham fans going beserk behind the goal, the England midfielder stepped up and did his best Michael Jackson impression after his goal, cementing his status as their talisman.

However, whilst most can see the funny side now, an equaliser against a side five divisions below the Premier League may not have been the best time for showboating, and Rice may be thankful that his team managed to seal the win to save him any future embarrassment.

Manchester United have been linked with a move for the 23-year-old, but David Moyes is adamant that Rice would cost over £100million.

“I can’t do anything about what people write about Declan Rice. I can’t stop that, except say to them that you will need humungous money to get close,” the West Ham manager stated after the 2-1 victory.

“That’s what you would need to do. They can write all they like, but he’s here for certainly a few years.”

Fair enough because he scored, or ridiculous given the opposition?

Declan Rice doing a Michael Jackson celebration after bagging an equaliser against National League side Kidderminster is unreal😭pic.twitter.com/uCGgjRwPLU