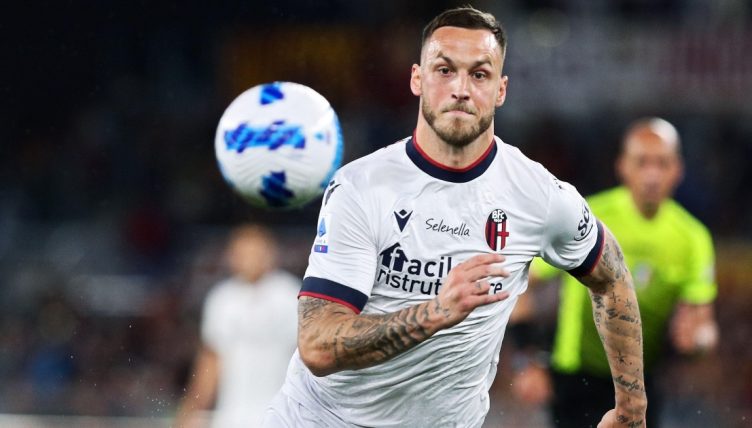 Manchester United‘s business in the summer transfer market hadn’t finished even before yesterday’s opening Premier League match. But their defeat against Brighton has heightened the need for a new forward – and Fabrizio Romano has provided news of three potential targets for United.

It’s already been a busy summer of incomings and outgoings at Old Trafford as United have looked to rebuild following a harrowing 2021-22 season.

But, despite the signings of Tyrell Malacia, Christian Eriksen and Lisandro Martinez, Sunday’s 2-1 reverse against Brighton laid bare the size of the task facing new manager Erik ten Hag.

United scored just 57 Premier League goals last season, and their first of the 2022-23 campaign was an own goal by Alexis McAllister, while 18-goal Cristiano Ronaldo is reportedly still looking to leave Old Trafford.

This leaves United desperately hunting for a goalscorer.

Antony Martial enjoyed an impressive pre-season but picked up an injury before the Brighton game while Marcus Rashford remains a shadow of his former self.

With another three weeks of the transfer window remaining, United are expected to sign another forward and Romano has provided a timely update about three of the players being chased by the club.

Speaking on his YouTube channel, the Italian journalist said: “It was not a happy Sunday for Manchester United, losing to Brighton at Old Trafford in Erik ten Hag’s first game.

“They need time and they need new signings. I’ve told you many times about the meetings with the agent of Benjamin Sesko, the striker from Red Bull Salzburg.

“But, from what I’ve been told in the last 24 hours, the position from Salzburg is clear; they want to keep Sesko at the club this summer. The only option they would accept is to sell the player now but for the summer of 2023.

“There will be a meeting between Sesko, his family and his agent to decide his next step but Salzburg have no intention, as of now, of selling the player this summer.

Romano also provided an update into United’s pursuit of Marko Arnautovic, telling his subscribers: “Bologna are insisting they don’t want to sell Arnautovic because he’s a really important player for them.

“But, on the player’s side, Arnautovic is ready to push and push to join Manchester United in case they’ll reach an agreement with Bologna.

“He will push for the move but there’s no agreement between Bologna and Manchester United. The opening proposal was around €10million, with some add-ons, but Bologna said no.

“Let’s see what happens but Arnautovic is one of the low-cost options on the list for a striker they really, really need.”

Romano also addressed rumours of interest in Bayern Munich and Germany winger Leroy Sane, saying: “The answer from Hasan Salihamidzic, Bayern’s sporting director, was that they are not in contact with any club.

“Of course, they signed Sadio Mane, but they will need goals from many other players. So, at the moment, there is no negotiation and it’s not going to be an easy one for any club that’ll be interested in Sane.”