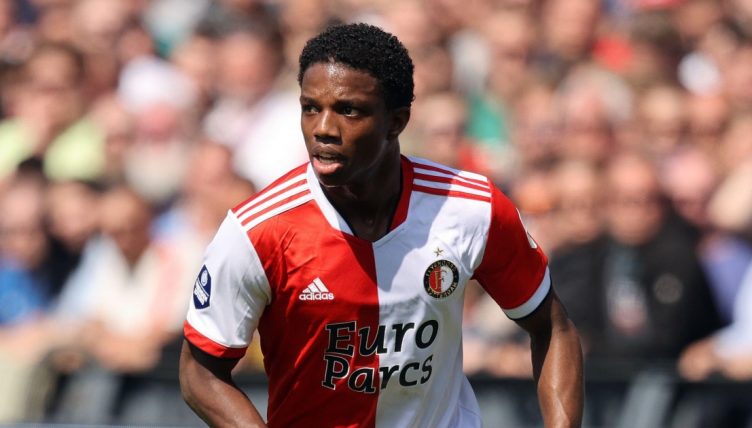 Everything looked set for Malacia to join Ligue 1 side Lyon, but a late twist could see the 22-year-old Netherlands international move to Old Trafford instead.

“Excl: Manchester United are trying to hijack Tyrell Malacia deal! After full verbal agreement with Lyon, Manchester United jumped into it before it was signed,” Romano tweeted yesterday, breaking the exclusive transfer scoop.

Feyenoord director Frank Arnesen has since confirmed that United have made an offer that’s been accepted for Malacia.

“The agreement with Man United is there. We are now waiting for Tyrell,” Arnesen told Dutch outlet 1908.nl. “If Malacia says yes, then a transfer to Manchester United is imminent”

Malacia has made over 100 appearances for boyhood club Feyenoord since breaking through as a teenager in the 2017-18 campaign.

He’s steadily risen through the ranks of the Netherlands youth set-up and was handed his senior international debut by Louis van Gaal last September in a World Cup qualifier against Montenegro and now has five caps for his country.

Transfer guru Romano has since taken to his YouTube channel to break down the full details of United’s approach for the highly-rated young full-back.

“Let me explain to you this crazy situation,” the Italian began. “On Friday, Lyon found a total verbal agreement with Feyenoord for Malacia. It was almost completed for €12million plus €3million add-ons.

“Because some English clubs were trying to enter into the story. One of these clubs was West Ham, who during the weekend had a conversation with Tyrell Malacia, agents and with Feyenoord.

“Today, on Tuesday, Manchester United jumped into this story. As I’m speaking, they are trying to hijack the deal. It’s very advanced with Lyon, so they will have to move fast and advance their proposal to more than €15million.”