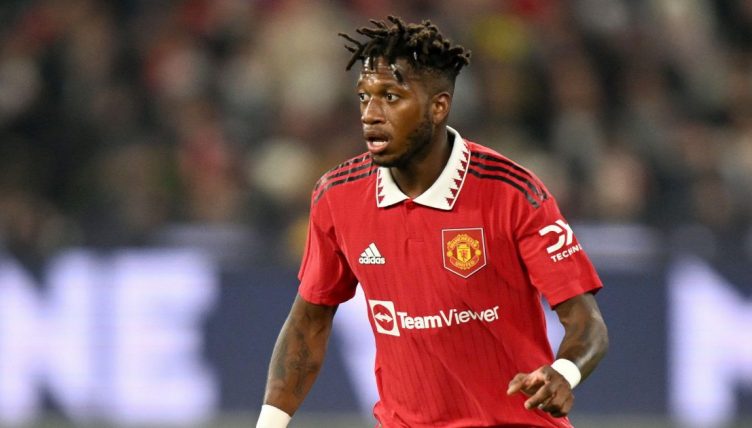 Manchester United midfielder Fred was sent off in the Red Devils’ pre-season friendly against Atletico Madrid on Saturday afternoon for a silly foul and stamp on Alvaro Morata.

Fred has been front and centre in new manager Erik ten Hag’s pre-season preparations and it seems that the Brazilian will feature heavily under the Dutchman, like he did under Ole Gunnar Solskjaer and Ralf Rangnick.

Fred has often been derided by fans and pundits for a lack of finesse, but ex-United coach Chris Armas, who worked at the club under Rangnick, recently explained why managers love the 29-year-old.

“He [Fred] is a great guy this one, he’s not just a great guy, he’s a good player and he would take some heat in the media, but he was reliable and a good team guy. He loves the team and plays for the team.”

Fred is prone to lapses of concentration and discipline, however, and that side of his game reared its head in the club’s penultimate pre-season friendly against Atletico in Oslo.

Despite it being a friendly in name, Atletico were up to their usual tricks – no doubt egged on by manager Diego Simeone – and committed several cynical challenges during the game.

Fred rose to the bait and with just injury time left to play, he rashly challenged Morata from behind in the centre circle, before attempting to jump over the Spanish striker and coming with his studs on the Atletico man’s thigh.

It wasn’t entirely clear that it was his intention to stamp on Morata, and the referee gave him a yellow card. But the Brazilian had already been booked in the first period so was sent for a (not very) early bath.

Ten Hag will, you imagine, not be best pleased. But best to get it out of the system in pre-season, eh?