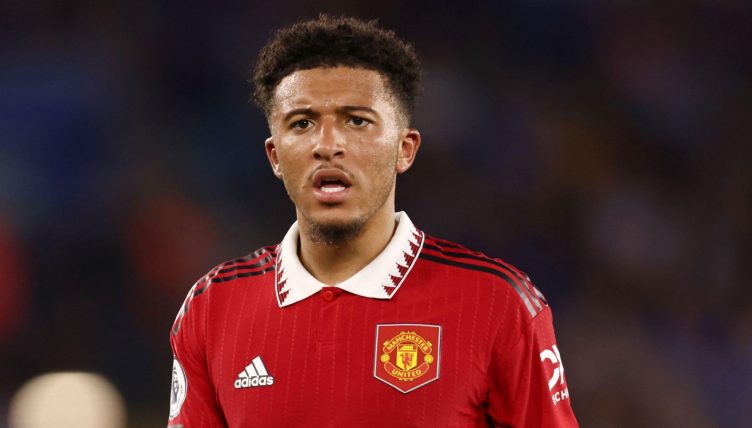 After a tough first season at Manchester United, Jadon Sancho’s performances have improved somewhat at the start of the 2022-23 Premier League season.

But fans who were expecting to see the 22-year-old winger light up English football following his £73million move from Borussia Dortmund in summer 2021 may still feel he’s not reached the expected levels.

Manchester United legend Rio Ferdinand has weighed in on the issue, explaining what Sancho is doing right already and what he needs to do and to receive in order to continue to thrive and grow at Old Trafford.

In the latest video on his FIVE YouTube channel, Ferdinand said: “What’s clicking [this season] is that he’s getting goals. He’s getting in these areas [around the penalty area] which I like.

“You want your wingers to be going in here and getting goals. He done it against Liverpool, I think against Southampton he scored [actually against Leicester]. That’s an area where I’d have been definitely demanding of him. Also, assists.”

Moving on to what Sancho still needs in order to improve further, Ferdinand added: “I think with Jadon – which people probably didn’t reaslise because he was playing away in the Bundesliga, you don’t see him as much – Jadon Sancho needs parts of the team to be functioning perfectly for him to perform.

“He needs that [the full-back making overlapping runs] consistently outside him. He had that with Hakiimi at Dortmund. He [the full-back] is a decoy, or he [Sancho] can use him, and that [overlapping run] takes a defender there, [creating] space forhim [Sancho] to go into.

“But he also needs a No.9 there, who he can use as a wall [to bounce passes off]. ‘Cause I don’t think there are many better when he plays and runs. When he plays and ups the speed of his game I think he’s brilliant.

“The thing I think some fans didn’t anticipate is that when he gets in these areas [out wide], he isn’t like a [Bukayo] Saka or a [Raheem] Sterling, who just gets the ball and wants to go bang, straight at the full-back and beat him.

“I want to see more of that from Jadon. I think that’s confidence as well. He’s come in and last season didn’t go as well as he wanted it [to], I’m sure.

“I think this season, I want him to get the full-back one v one and go, ‘Right, you’re mine’, bang and blitz him.”

You can watch the full video and hear Ferdinand’s thoughts on a variety of Manchester United-based issues below.

READ NEXT: The odd tale of Sadiq El Fitouri, who Man Utd signed on Scholes’ advice