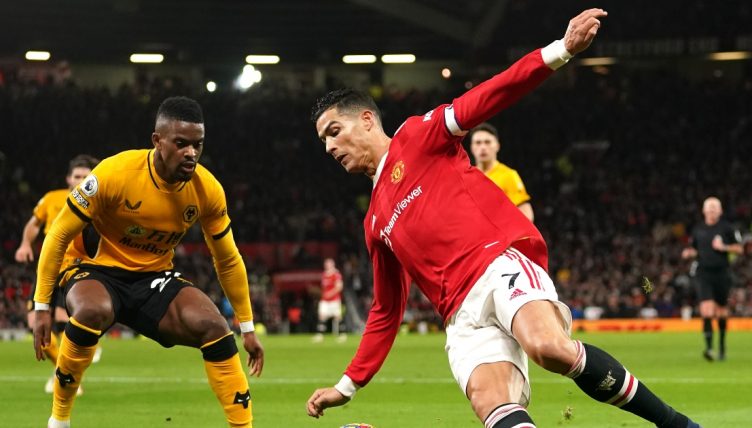 Manchester United and Cristiano Ronaldo’s frustrations continued on Monday as Wolverhampton Wanderers came away with their first victory at Old Trafford since 1980.

Captain for the first time since he returned to the Red Devils, Ronaldo had an evening to forget as his many Portuguese compatriots at Wolves deservedly took all three points.

Bruno Fernandes, who came off the bench for the final half-hour, came closest to scoring for United but struck the bar from eight yards out. The playmaker then assisted Ronaldo for a would-be opener, but the No.7’s header was correctly ruled out for offside.

Ronaldo’s most ignominious moment came midway through the first half when he attempted one of his trademark stepovers in the Wolves penalty area. He pulled off the skill, but he then slipped over and the ball rolled behind for a goal-kick – which summed up his night really.

“I cannot make any guarantees. Look at today’s performance if I say we are 100% convinced we will finish in the top four I don’t know if people will believe that. For me it is about taking the next steps and getting better,” Ralf Rangnick told BBC Sport.

“I knew this could be and would hard but today’s game showed we still have a long way to go.”

The defeat leaves United seventh in the Premier League table.