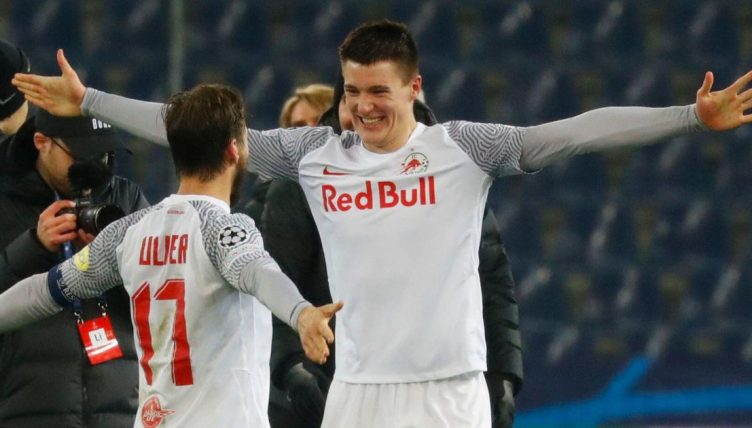 Manchester United have been busy in this summer’s transfer window, bringing in Christian Eriksen, Tyrell Malacia and Lisandro Martinez after letting a number of first-team players go.

It was only natural that there was a significant turnover on the playing staff, with new manager Erik ten Hag coming in and looking to make a profound change to the team’s playing style.

And it seems United are still assessing options available to them on this summer’s transfer market.

As well as continued reports linking them with a move for Ajax winger Antony, there have been plenty of stories about United’s interest in Sesko.

Sesko is a 19-year-old Slovenian striker who has come through the Red Bull academy system in Salzburg, playing for the feeder team FC Liefering before starring for Red Bull Salzburg’s first team in 2021-22.

Sesko has been compared to Erling Haaland – something he says he enjoys.

“Such comparisons [to Haaland] motivate me and give me energy,” Sesko told Slovenian reporters last year.

“They do not represent pressure. I will listen and learn so I can be even better than he is.”

If you want to know more about Sesko, you can read our in-depth profile of him here.

READ: All you need to know about Man Utd target Benjamin Sesko: ‘Haaland 2.0’

What about the progress with regards to his potential transfer, though? Well, Fabrizio Romano has brought us an update on the situation.

“Sesko. Important week for the striker from Red Bull Salzburg. Manchester United are well informed on the situation.

“[They’ve] had more than one direct meeting with his agents, so Man United are working on Sesko, but there are also other clubs.

“In the next few days, we can have important updates on this top talent from Red Bull Salzburg.

“We will see what happens.  Man United are pushing, but there are also other clubs in on signing him.”

You can see the video below.