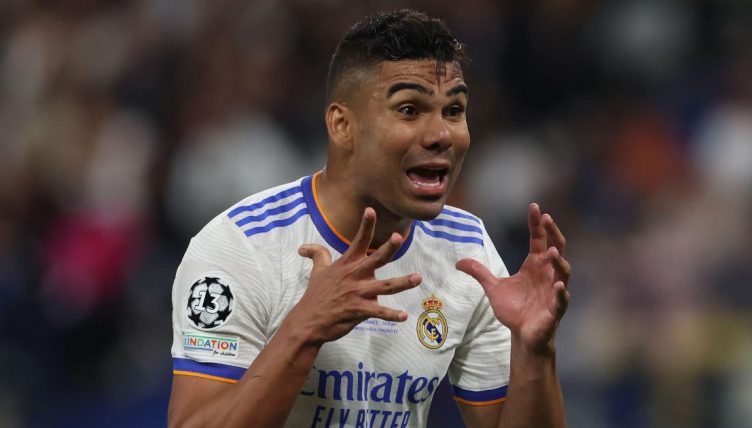 Manchester United are set for a very busy last two weeks of the summer window – and transfer market specialist Fabrizio Romano has brought us a lengthy update on nine players United are reportedly targetting, as well as one who could leave the club.

There was considerable hope building at Old Trafford following the appointment of Erik ten Hag as manager but United’s season has got off to the worst possible start.

On the opening weekend, the Red Devils lost 2-1 at home to Brighton. They followed that up with an even worse display away to Brentford, getting tonked 4-0 with all four goals coming in the first half.

Those results have seemingly lit a fire under the United hierarchy, who are now scouring Europe in search of players who could improve Ten Hag’s team.

United have been linked with an array of stars from clubs across the continent and Italian journalist Fabrizio Romano has updated us on the progress of several of the potential deals in his latest YouTube video.

“Key moment for Manchester United,” Romano began. “It’s a really difficult moment on the pitch and so the club is trying to react on the market in a difficult, really tough moment, with many tough negotiations.

“Also, the player has no intention to change the conditions of the deal. He asked for a really important salary, [taking home] €7million per season, plus some add-ons, and a really huge signing fee. But Man United said no to those conditions and they decided to move on other targets.

“Discussing about midfielders, Casemiro is the dream target for Manchester United, as was called by Marca yesterday… A man from the Manchester United board was in Madrid to negotiate on the player’s side, on the club’s side, with Real Madrid and Atletico Madrid.

“[But] it’s Casemiro who has to decide if he wants to force his move and go to Manchester United, with a really great salary proposal [reportedly £360,000 a week for five years]. Man United are tempting Casemiro with a really huge salary.”

Moving onto two younger transfer targets, Romano continued: “Moises Caicedo is a name that I called yesterday as a possibility for Manchester United.

“Not an easy one with Brighton, because they would love to keep the player. But Moises Caicedo is one of the players Manchester United are discussing internally, alongside Cody Gakpo.

“Remember always the name Cody Gakpo for Manchester United, because he’s still on the list. But it’s not something imminent and, of course, it’s a different position, he’s a winger, not a midfielder…

“About midfielders, another option that Manchester United are considering is [USA international] Weston McKennie of Juventus… [He is] not the priority right now, but one of the names they know could be available on the market in the next days.”

Diverting away from the subject of United’s midfield conundrum, Romano added: “A new right-back will arrive in case [Aaron] Wan-Bissaka leaves the club. Man United are still waiting for Crystal Palace’s proposal for Wan-Bissaka, they want to let him go and bring in a new right-back.

“[United also want to sign a] second goalkeeper, to create some competition with [David] de Gea.

[Switzerland international ‘keeper] Yann Sommer is an option, but he has a proposal from [current club] Borussia Monchengladbach to extend his contract and so for Sommer, it’s not easy to leave Borussia right now. Also, looking at the World Cup with Switzerland, it’s really important for him to have some game time.

“Also [Leeds United’s French goalkeeper Illan] Meslier, some rumours around, but Leeds have absolutely no intention to let him go so he’s not joining Manchester United.”

On Pulisic, Romano cited Andy Mitten’s report for the Athletic that United are interested in taking the player on loan.

Romano said: “On player’s side, he would be open and tempted. But it’s up to [Chelsea owner] Todd Boehly. Also, Newcastle are really interested in Pulisic.

“But, from what I’m told, Todd Boehly wants to sell players… for Pulisic, Todd Boehly’s priority is to find a permanent deal, otherwise the player can stay at Chelsea.”

Romano then went on to rubbish reports linking Aubameyang to a move to United, saying that “Aubameyang is only considering Chelsea as a possibility.”

Last but not least, that leaves Joao Felix. “A dream target for Man United,” Romano said. “It will remain a dream unless something crazy happens. Atletico Madrid had direct contact with Man United but they said, ‘No way, the player stays here.'”

You can watch Romano’s enormous Manchester United transfer update in full below.