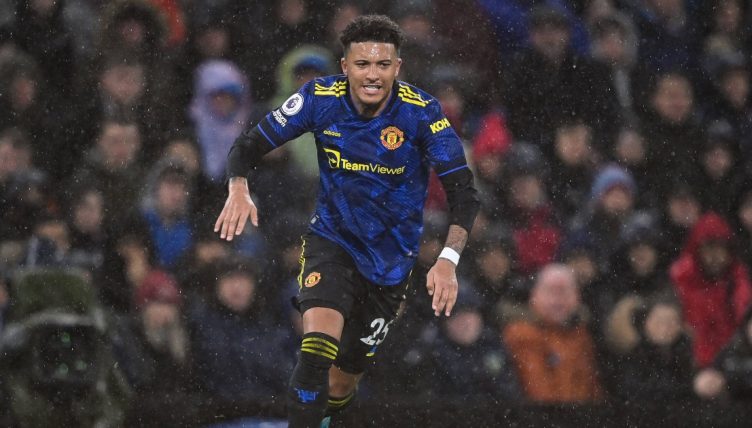 Jadon Sancho hasn’t had the easiest of seasons at Manchester United – but some deft wing-play that left two Burnley defenders for dead is an indication of his growing confidence at Old Trafford.

United signed Sancho in a £73million move from Borussia Dortmund last summer, where he had been one of the Bundesliga’s star players.

But he has scored just once in the Premier League this season, and three times in all competitions, as United have endured a difficult campaign.

Since Rangnick’s interim appointment, the 21-year-old has shown more regular flashes of his ability and enjoyed a good performance during United’s 1-1 draw at Burnley on Tuesday night.

His pace and trickery caused all sorts of problems to the Burnley right-back Connor Roberts and Sancho bamboozled him and James Tarkowski with one piece of thrilling wing-play.

Bruno Fernandes released Sancho with an eye-catching turn and the forward skipped past a couple of tackles before slipping the ball through Tarkowski’s legs.

The ball ended up back with Fernandes, whose shot was deflected wide, but it was the latest indication that Sancho is slowly rediscovering his mojo after a frustrating season.

Speaking on BT Sport, Ferdinand said: “I think sometimes adaptation to the league, he’s come from Germany, a very different style, the pace, he came from a team with identity, understanding of how to play, he was finely tuned into that.

“I think some people expected – with the price tag, and he’s come to United – that he’s going to be someone marauding from box to box.

“He’s not like that. He’s more of a thinking winger who can play things, the team has to be set up for someone like that to play.”

Jadon Sancho is growing in confidence in the Premier League ✨ pic.twitter.com/XD6w2IPvdL