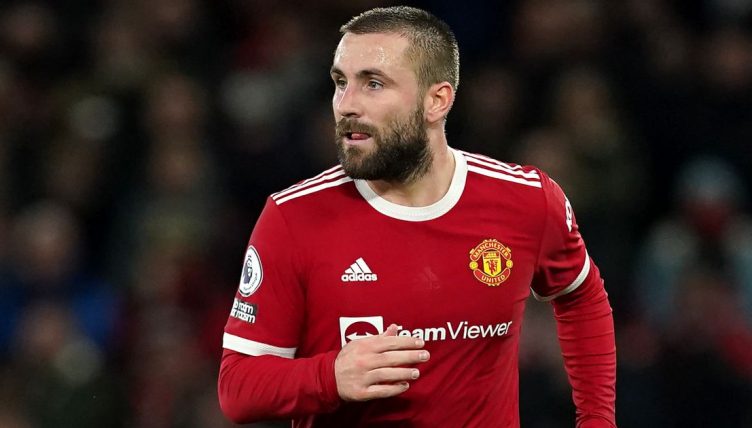 While Luke Shaw hasn’t been as good for Manchester United in the 2021-22 season as he was in 2020-21, he produced a cracking shot against Villa to show he’s lost none of his footballing ability.

Coming off the back of a brilliant but very long 2020-21 season, Shaw is one of many United players who’ve been a bit out of sorts in this campaign.

To his credit, the left-back has been open and up-front about the need to improve, both personally and collectively.

Last week, after United had lost to Wolves in the Premier League, he told Sky Sports: “I didn’t feel when I was on the pitch that we were all there together. We felt like we were struggling and it was tough…

“Maybe from the outside today it didn’t look like we had any of those three, but inside the dressing room we know we want to win. We know what we want.”

A week later, back at Old Trafford for their third-round FA Cup game against Villa, they did manage to get a win, despite a performance that was not vintage Manchester United.

During it, though, there was a moment that suggested Shaw is starting to get a bit of confidence back.

In the first half, he advanced through the midfield and, seeing a gap open up ahead of him, decided to pay tribute to the man who inspired his ‘Shawberto Carlos’ nickname.

The shot was a real shitpinger, flying dangerously towards the Villa goal. It might just have been hitting the bar, but Emiliano Martinez was not to know and tipped the effort over.

It was a really strong effort from Shaw though and a rare moment to get United fans out of their seats.