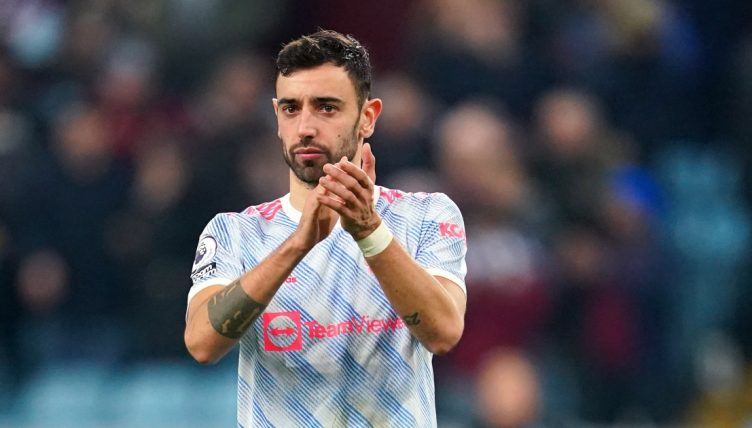 Bruno Fernandes continued his recent run of fine form during Manchester United’s 3-1 win at Brentford on Wednesday evening – but he won’t want to see his late miss again in a hurry.

Fernandes was central to a much-improved second-half performance from United as they secured their first Premier League win of 2022.

After finding themselves level at half-time, mainly thanks to some inspired goalkeeping from David de Gea, United hit the accelerator button after the break with goals from Anthony Elanga, Mason Greenwood and Marcus Rashford.

Fernandes had the opportunity to cap his fine display with a goal in injury-time but, after a impish through-ball from Fred, the Portugal international tamely chipped his shot into the hands of Jonas Lossl.

But interim manager Ralf Rangnick chose not to dwell on Fernandes’ miss in his post-match press conference.

“I think most of the top teams in Europe and also in England play in a 4-3-3,” Rangnick said last night when asked about the role Fernandes was likely to play in his side from now on.

“I think for him it’s better than being pinned to a No.10 role because he can make himself available in different areas of the pitch, not only the centre of the pitch.

“He’s not a wing player but I think in this No.8 position he can find the places himself. I think he can sniff the moments in which areas we need to play the ball to him. He can make himself available and therefore I think this position is perfect for him.”

I still hate Bruno Fernandes for this wtf was he thinking?? 😭😭😭 pic.twitter.com/YHDTZPdgfR