Watch: Scholes slates Rangnick and backs Greenwood ahead of Ronaldo 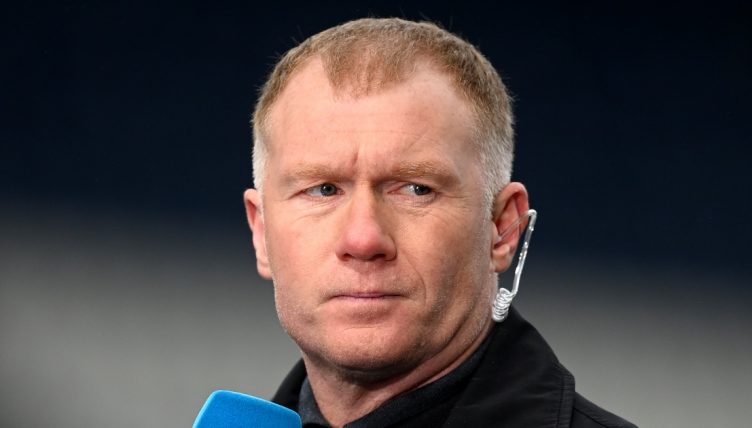 Paul Scholes believes that Mason Greenwood should be ahead of Cristiano Ronaldo in the pecking order at Manchester United.

Legendary midfielder Scholes, who scored 155 goals in over 700 appearances for the Red Devils, has backed his fellow Carrington academy graduate over his former team-mate.

Ronaldo played alongside the former England international Scholes during his first stint at Old Trafford, in which he developed his game to become the superstar he is today, winning the first of his five Ballons d’Or while at United, three successive league titles and the Champions League in 2008.

However, Scholes – who like Roy Keane has not been afraid to speak his mind as a pundit, and was notably critical of Ole Gunnar Solskjaer – believes that Ralf Rangnick is making a mistake by playing Ronaldo or Edinson Cavani at centre-forward every game.

“As good as Ronaldo and Cavani are, and have been throughout their careers, for Manchester United’s centre-forwards to be 37 and 34 years of age just tells us where the club is at,” Scholes told YouTube channel Webby & O’Neill.

Ronaldo is actually 36, but will turn 37 next month.

“Greenwood has to be playing now, and for the future. He is a highly-talented lad,” Scholes continued.

“I’m frustrated when I watch them, because you know – in that Newcastle game, Monday night against Wolves – he’s going to be the first man off, every single time.

“He’s been shoved out in those wide areas, in this 4-2-2-2, inside-forward, whatever he is – the lad is an out-and-out centre-forward. He will score goals as a centre-forward in this Manchester United team. I have no doubt about that.”

Paul Scholes questions Ralf Rangnick, says Mason Greenwood should be starting ahead of both Ronaldo and Cavani up front.(@WebbyONeill)