Watch: Man Utd’s McTominay lucky to escape a sending off against Leeds 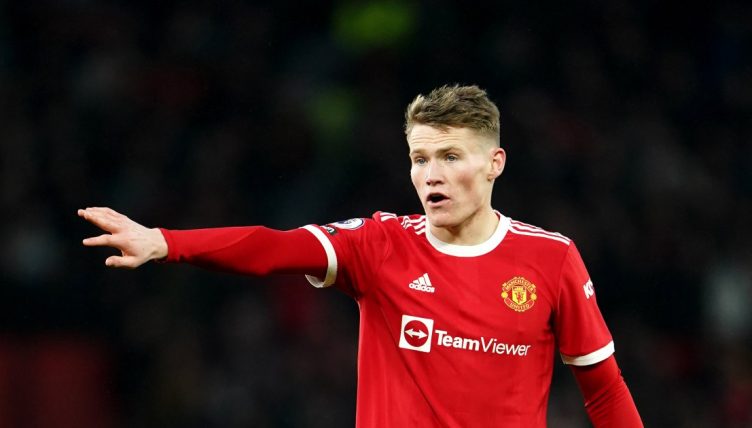 Manchester United’s Scott McTominay was lucky to avoid earning a second yellow card in the Premier League match against Leeds in which the Red Devils triumphed 4-2.

McTominay made a total of six fouls, earning just one yellow card throughout the match for his late challenge on Joel Gelhardt in the 77th minute.

He came across the young striker, taking him out with a strong left foot that sent the Leeds player rolling to the floor.

Just moments later, however, McTominay fouled again, running into Junior Firpo after the Leeds player had passed the ball in the Manchester United half.

It prompted uproar from the Leeds fans and players alike, with Raphina running over and pushing the Scottish midfielder.

Whilst Raphina was rightly booked for his reaction, McTominay was not punished with what would have been a second yellow and a sending off, with Paul Tierney not interested in the vocal appeals of the Leeds players.

It came at a crucial moment in the match, when Manchester United were 3-2 ahead of Leeds and the match was hanging in the balance.

A red card for Scott McTominay would surely have renewed the energy of Leeds, who had already equalised once in the game when they came back from 2-0 down early on in the second half.

On another occasion in the first half McTominay had caught Robin Koch with a hand to the face, causing the German to bleed and eventually leading to his early departure.

McTominay was not the only player to go in hard, however, with a brutal affair played out at a vocal Elland Road which had fans in for a Roses Derby for the first time since Leeds’ return to the top flight.

The referee gave out a total of nine yellow cards throughout the match, with most coming towards the end.

At one point United manager Ralf Rangnick even ran onto the pitch to help break up a tense moment and prevent his team from boiling over.