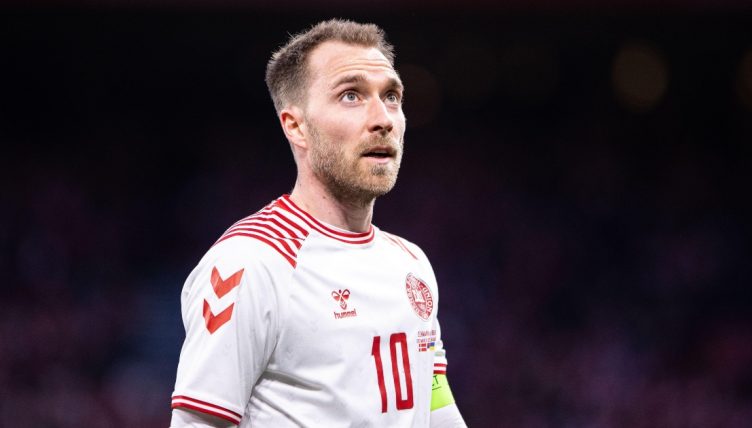 After a slow start to the summer transfer window, Erik ten Hag’s Manchester United are finally starting to close in on some signings.

Left-back Tyrell Malacia has reportedly completed his medical at United’s training ground and an announcement regarding his arrival is imminent.

United also look set to sign Christian Eriksen, who spent the second half of last season at Brentford and is now a free agent.

“It is almost done for Eriksen to Manchester United,” transfer guru Fabrizio Romano said on his YouTube channel. “It is still not signed but Eriksen communicated to United and to Brentford that his intention is to sign with United on a three-year contract.”

United are still working on a deal for Barcelona’s Frenkie de Jong but look set to turn their attention to Ajax centre-back Lisandro Martinez once Malacia and Eriksen are confirmed.

“Man United are confident on this deal,” Romano added. “They are pushing with Erik ten Hag, who knows the player and is now insisting to bring him to Old Trafford.

“Arsenal are still there so it’s a battle between United and Arsenal but with United really pushing in the last hours with Ten Hag who could be a factor in this transfer. ”

While United look to be bringing players in, there are a few players looking to leave Old Trafford this summer. Cristiano Ronaldo wants to join a team that are playing Champions League football next season and missed United training on Monday due to personal reasons.

“We know that Cristiano Ronaldo wants to leave Manchester United this summer in case he receives a very good proposal so this is what he asked United during the weekend,” Romano said. “To be open on a potential departure of Cristiano in case he will bring a proposal.

“Let me clarify that Cristiano still has no agreement with any club, that he missed training due to personal reasons and he’s expected to come back in the next days so let’s wait for Cristiano because he will have a conversation with Erik ten Hag.

“Ten Hag will have a direct talk with Cristiano, they will discuss the general situation at United, the project of Cristiano and the project of Ten Hag so let’s see what happens. We know that Cristiano wants to see the ambition.”