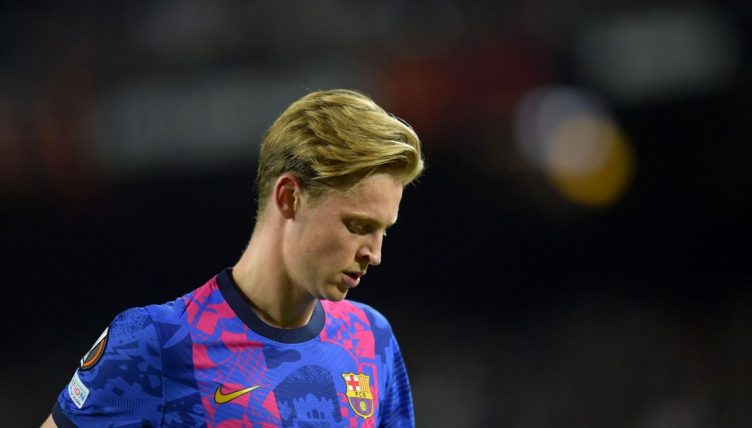 Manchester United journalist Jamie Jackson has revealed new detailed information about the size of the club’s transfer budget and their targets this summer.

United are looking to kick-start a rebuild under new manager Erik ten Hag, and a number of targets have emerged as primary candidates the new manager wants in his team.

Those include Frenkie de Jong, the Barcelona midfielder who he coached at Ajax, along with Brazilian winger Antony who he developed recently at the Dutch club.

Jackson revealed that there should be about £200million available for the new United boss this window.

“Manchester United are basically the biggest spenders in our league, over the history of the Premier League,” Guardian journalist Jackson told Sky Sports.

“As Richard Arnold said the other day, they’ve burned through £1billion since Alex Ferguson retired.

“I’m not saying Ten Hag will end up spending all that [£200million] but he’d certainly like to. I think it probably is about there.

“That’s before getting into the wages, the salaries that United pay which are basically if not the highest in our league or in European, is towards the top end definitely.”

“The money is there, can he spend it on the right players, which is more difficult than it seems to be honest.”

De Jong has appeared as the breakthrough target for United, and Ten Hag is desperate to bring him in.

“Frenkie de Jong is basically the number one target, the Barca playmaker. They made one bid for €60million, and will probably go in this week at €70million with add-ons,” Jackson said.

“I think the strategy is, ‘well we’ve got a big job here, let’s get a player in like de Jong and build the team around someone like him.

“They’re quite confident, but the issue is if they don’t get him in then where do they go?

£200m.💰 @JamieJackson___ says Manchester United will have around about £200m to spend on transfers this summer. pic.twitter.com/QGstr7RvaY

🗣 “If they don’t get him [Frenkie De Jong] in, where do they go?”@JamieJackson___ on Manchester United’s transfer strategy this summer.💰 pic.twitter.com/0QRMDq1zqz

🗣 “It has to work, he does seem to be going back to Ajax.”@JamieJackson___ on managers re-signing former players from their previous club. pic.twitter.com/KB3AEITs7h