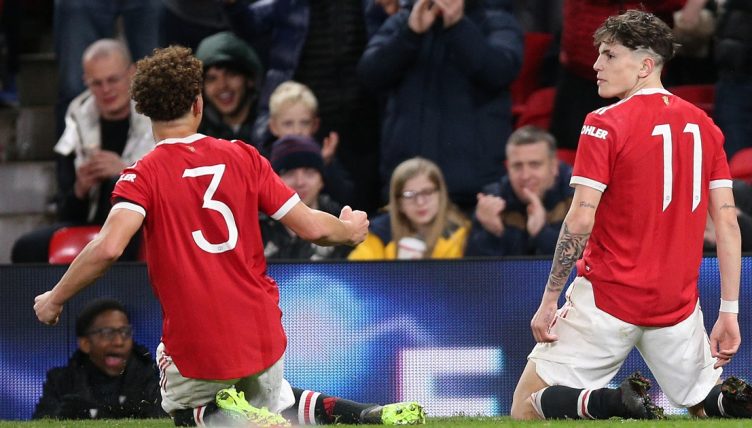 Alejandro Garnacho continued his sensational run of form in this season’s FA Youth Cup to double Manchester United’s advantage in the semi-final of the competition against Wolves.

Charlie McNeill fired the Red Devils ahead in the first half of the last four match at Old Trafford, before Garnacho added a second just before the hour mark.

The young Argentine was the match-winner in the quarter-final stage against Leicester City as he netted a brace in a 2-1 win – he also scored a wonderful solo goal against Everton in an earlier round.

As Wolves pushed forward searching for an equaliser, Garnacho broke away on a swift counter-attack. He squared up his marker in the box, then shifted the ball out of his feet to find the top corner.

McNeill added a third late on to secure progression into the final at the end of April. This United group look likely to emulate Paul Pogba and Jesse Lingard’s achievement of winning the Youth Cup at Old Trafford in 2011.

“He’s [Garnacho] a moment’s man, he produces moments when you need it. I’m really impressed with him with each game,” said former Jones United academy graduate David Jones.