Manchester United were playing like Pep Guardiola’s Barcelona in 1995 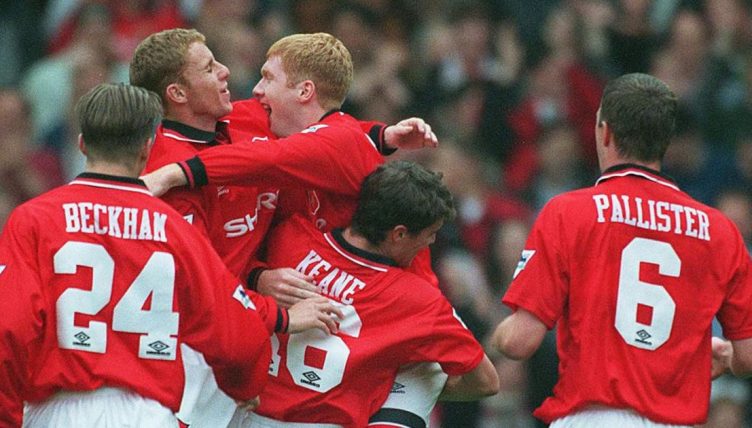 There is a school of thought that a great team goal should always be considered better than a great individual goal. After watching back Paul Scholes’ strike for Manchester United against Chelsea in 1995, we’re inclined to agree.

Anyone, in theory, can Yeboah one in off the bar from 40 yards (see: Townsend, Andros) or get their head down and find themselves dribbling from one penalty box to the other (see: Distin, Sylvain).

But a team goal requires more component parts, more moments of risk and, basically, more people not to f*ck things up.

Sir Alex Ferguson’s Manchester United were often lauded for their ruthless mentality towards winning, a trait which earned them their reputation for snatching so many games so late on. But is there a case for arguing that the actual quality of what they produced can sometimes go overlooked?

Having stumbled across this goal against Chelsea, we think that might be fair to suggest.

United were already 1-0 up thanks to Scholes’ opener as the game reached the 10-minute mark at Stamford Bridge. The passage of play appears to start slightly before the clip itself, which still contains 19 passes, a typically nonchalant Eric Cantona flick, players rotating positions and Dennis Wise desperately hacking at the ankles of Roy Keane.

Ultimately Chelsea are drawn so high up the pitch it only takes a simple pass to play Scholes in on goal, with an obviously confused Frank Sinclair playing the England international onside, and a 20-year-old Scholes does the rest.

When you watch this, it’s little wonder Ferguson drew so much praise from some of the best to ever do it during his time as United manager.

As football’s ultimate aesthete Pep Guardiola while Fergie was still in the dugout: “Manchester United are one of the best teams in the world and have been for a long time.

“That is because Sir Alex Ferguson has maintained winning trophies at the same time as re-creating outstanding teams.

“That is an art and I only have respect for him and what he has achieved. He is one of the best of all time.”

It's 11 years to the day since Paul Scholes retired for the first time, which is all the excuse we need to watch his 1995 goal for Man Utd against Chelsea on repeat for about three hours straight.

You should do the same.pic.twitter.com/GLaJIzz2vm